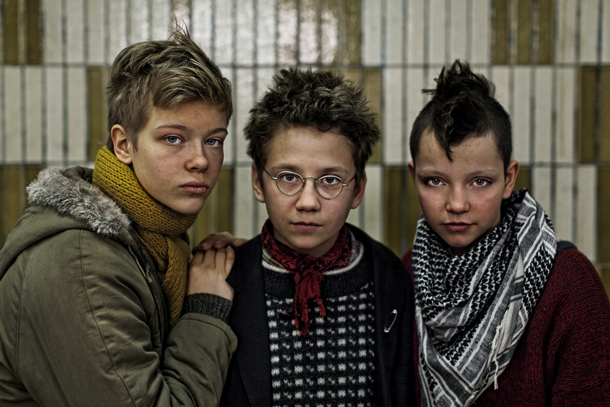 Lukas Moodysson moves away from his more serious fare with this upbeat celebration of teenage girlhood set in eighties Stockholm and based on a graphic novel by his wife, Coco. Refusing to believe that punk is dead; rebellious, rank outsiders Bobo (Mira Barkhammer) and Klara (Mira Grosin) get together to form a girl-band. The only trouble is, they can’t play any instruments. Enter the unlikely figure of Hedvig (Liv LeMoyne), a committed Christian and classical guitar player, who is persuaded to join the fun and frolics and, voilà, the band is born.  The tone turns more serious when the girls join forces with a boy band and competitiveness enters the arena but their strong friendship conquers all in the end.  The music may be outdated but it’s their natural performances as actors that really win the day as they embark on unexpected stardom in a confident and fun-filled way. Brim-full of irreverence and teenage angst as well as exuberant charm, We Are The Best, has appeal for all age-groups with its superb sense of place and infectious joie de vivre that  captures the era and guarantees some out loud moments. MT

ON GENERAL RELEASE FROM 18 APRIL 2014 NATIONWIDE