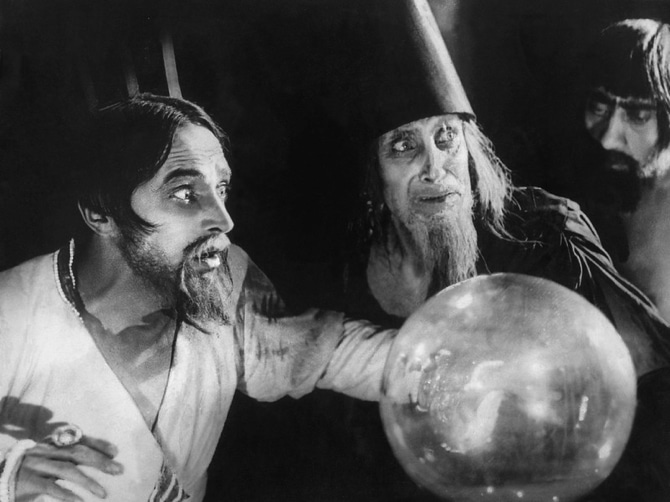 German born filmmaker Paul Leni (1885-1929) was one of the greatest talents of the silent era. His German features include Hintertreppe (Back Staircase, 1917) and The Man who Laughs (1928), but he is probably best known for The Cat and the Canary (1927) made in Hollywood where he often worked as a director of photography. The fantasy drama Waxworks captured the comedy-horror craze (or ‘tyrant’ films) of the 1920s and was Leni’s final German outing before he set his sights on America. 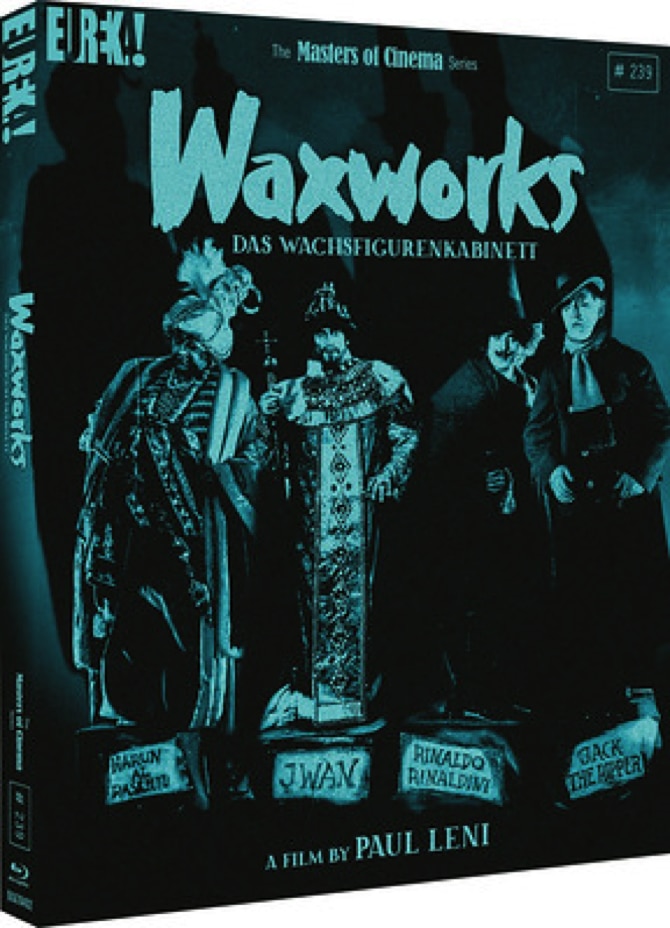 Credited with inspiring The Wizard of Oz (1929) and House of Wax (1953) Waxworks (Das Wachsfigurenkabinett) sees a young author (Dieterle) commissioned to add value to the most popular figures in a waxwork museum by crafting their backstories: they Sultan Haroun al Raschid, Ivan the Terrible and Jack the Ripper. The writer has already fallen for the proprietor’s daughter Eva (Belajeff), and lets his imagination run wild making the lovers part of the fun in all three fairytales where they fight to stay together against all odds.

The first tale sees Emil Jannings as the portly Sultan Haroun al Raschid wondering where the smoke is coming from below his palace. His Grand Vizier (Biensfeldt) is tasked with killing whoever is responsible but when he sets eyes on the baker’s wife Maimune (Belajeff) he fails to execute her husband the baker (Dieterle) instead returning to the palace with tales of her great beauty. That night the baker argues with his wife about money and promise to improve things by stealing the ‘wishing ring’ from the Caliph at the dead of night. The womanising Sultan meanwhile visits the bakery to have his wicked way with the wife. When the baker suddenly returns all hell breaks lose, and the Sultan hides in the oven. But a happy ending is ensured courtesy of Maimune. 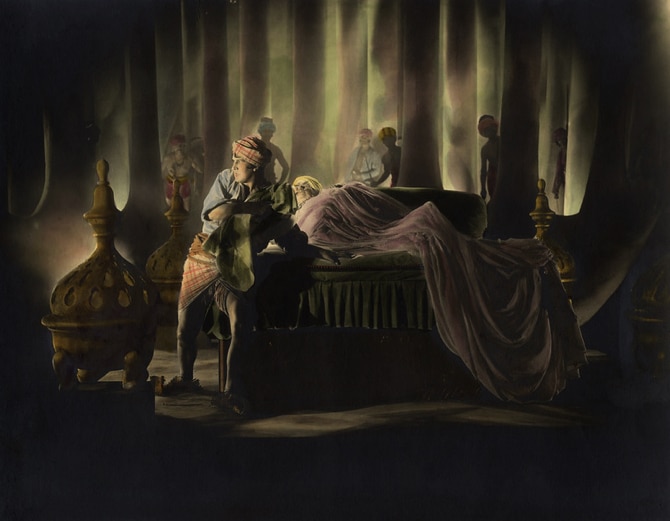 The second episode is an exercise in sadism. Czar Ivan (a sinister Veidt), loves to poison his adversaries, real or imagined and employs a special poison-mixer to this effect, although he is warned that the man has too much power. So Ivan does away with him, but the dying poison-mixer puts a curse on his final toxic potion: Ivan’s name on the poison bottle will kill the tyrant.

Meanwhile, the writer and his love Eine (Belajeff) are betrothed to be married, and the Czar is invited to the party. Ivan and the bride’s father are travelling on a sledge, the old man is dressed in the Ivan own clothes. Assassins kill the old man, and Ivan arrives unhurt. He takes the bride and bridegroom to the cellars of the Kremlin, threatening to kill the husband if the bride does not consent to having sex with him. But the poison-mixer’s elixir does the trick, and once again ensures a happy ending.

The third story is the shortest, but by far the wildest. The author and Eva find themselves in a distinctly terrifying fairground sharing a tent with Jack the Ripper (Krauss) who chases them round. Finally, Jack stabs the author in the heart – but he wakes up from the nightmare, having cut himself with his pen.

DoP Helmut Larski, whose exotic images dominate the feature, emigrated 1932 to Palestine before returning disillusioned to Switzerland in 1948. Writer Henrik Galeen (1881-1949), the celebrated author of The Golem and Nosferatu, went to work in Britain the late 1920s returning to Germany for a last film, before establishing himself in Hollywood after the Nazism reared its head in his homeland.

Though this fantasy is not as well known as Caligari or Nosferatu, Kracauer is convinced Waxworks goes even further in “The Procession of Tyrants” by “stressing the role of the fair: which in Caligari merely served as a background” Here the fair is very much part of the action. “In the course of their flight, the writer and the girl hurry past the constantly circling merry-go round while Jack the Ripper himself, Caligari and Cesare in one, pursues them in miraculous dream paths, hovering through a gigantic Ferris-wheel that also turns without a pause. Completing the kindred pictorial efforts of Dr. Mabuse, these images symbolise the interpretation of chaos and tyranny in a definite manner. Waxworks adds the final touch to the tyrant films proper.” Sadly Paul Leni died in Hollywood at the height of his career aged only 44, from a tooth infection. AS

NOW ON BLURAY COURTESY OF MASTERS OF CINEMA | 2020