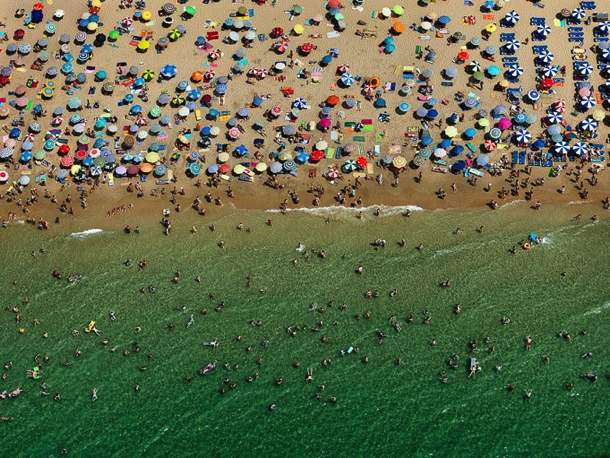 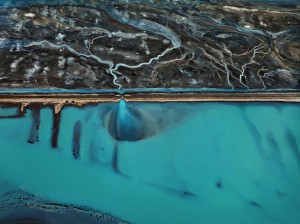 Regular collaborators Jennifer Baichwal and Edward Burtynsky made the environmental documentary Manufactured Landscapes (2006) and get together again here to produce this mesmerising meditation that explores the impact of the Worlds’ most important element: Water.  Burtynsky’s images vibrate with a resonance that speaks for itself; often shocking and unsettling, sometimes peaceful and poetic, driving home a serious environmental message where words or interview footage seem to be redundant, beyond the obvious statement “How does water shape us; how do we shape water?” As the narrative progresses, we learn that Burtynsky’s photographs are being collated into a glossy volume called simply WATER. These powerful portraits visit mammoth dam constructions in China, the River Ganges in India during an inspiring religious festival and the arid Colorado River Delta in America, where a wizened old woman bears testament to the human face of drought, even before she tells us her story of how water, or the lack of it, completely changed her life. Words fall short of these harrowing images. But not every picture is doom-laden: the fountains at the Bellagio Hotel in Las Vegas show the splendour and power of this precious element at its most magnificent, albeit in the middle of a Colorado desert. But the enjoyment of this spectacle seems to belie the serious and subtle message it attempts to convey. Can gallons of water used to satisfy man’s appetite for pleasure really be beautiful in this world of over-consumption? Giant aquifers in Texas demonstrate how water sustains us, helping us to grow food to feed populations but there’s something quite scary here  in the wide plains of crops that voraciously soak up precious reserves of water – our relationship with this element seems to be battlefield. As much as humanity destroys precious water reserves, water can also be equally destructive towards mankind – floods wiping out towns and villages. DP Nicholas de Pencier adds another element to the images by setting them in motion, as in a massive building project in China. But intercut with the footage of Burtynsky’s book going to the press, this doc occasionally feels like an extended advertisement and here the film’s message seems equivocal – it is a serious attempt to raise the profile of an environmental issue or a fabulous trailer for a coffee-table tome? WATERMARK is certainly a lush and watchable arthouse documentary but its mission is sometimes muffled. MT OUT ON GENERAL RELEASE FROM 29 AUGUST 2014 [youtube id=”QpvarPeJpkM” width=”600″ height=”350″]