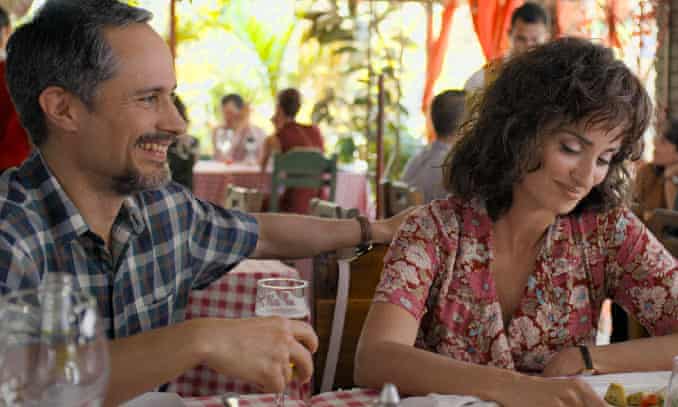 Olivier Assayas always surprises us in style, theme and genre. This Cuban-set thriller has the same energetic ambition as his other Caribbean set outing Carlos the Jackal (2010) but from then on Wasp Network buzzes in another direction altogether.

A professional pilot René González says goodbye to his wife and child as he jets off in a yellow biplane. We later discovered he has defected to the US fleeing the communist regime’s lack of opportunity and grinding poverty to live in a modern Art Deco apartments in Miami and hopes his family will join him in due course.

Not without a fight. This politically aware film sheds light on the exiles who targeted communist Cuba in the 1990s. These men are in actual fact funded spies engaged in infiltrating US-based groups opposed to Fidel Castro and sending their intelligence back home.

The story focuses on González (Edgar Ramírez) whose wife Olga (Penélope Cruz), is left not only doubting she will ever see her husband again, but also gradually coming to terms with his – imagined – treachery to his country. Back in Havana she plods on with her job in a tannery. Meanwhile in Miami he crosses paths with another less dashing character Hernández (Gael García Bernal) and a the gong-ho macho man Roque (Wagner Moura).

Based on The Last Soldiers: The Story of the Cuban Five, by Fernando Morais, it also feels like a film set in that era, however cleverly and rapidly it covers its meticulously researched ground. The screen splits into three, and there are 1980s style inter-titles and glossy news bulletins. But the Wasp Network lacks the necessary finesse for a 21st century arthouse audience, with characters that feel like cardboard cut-outs. And we don’t really care what happens to them or their cause. MT