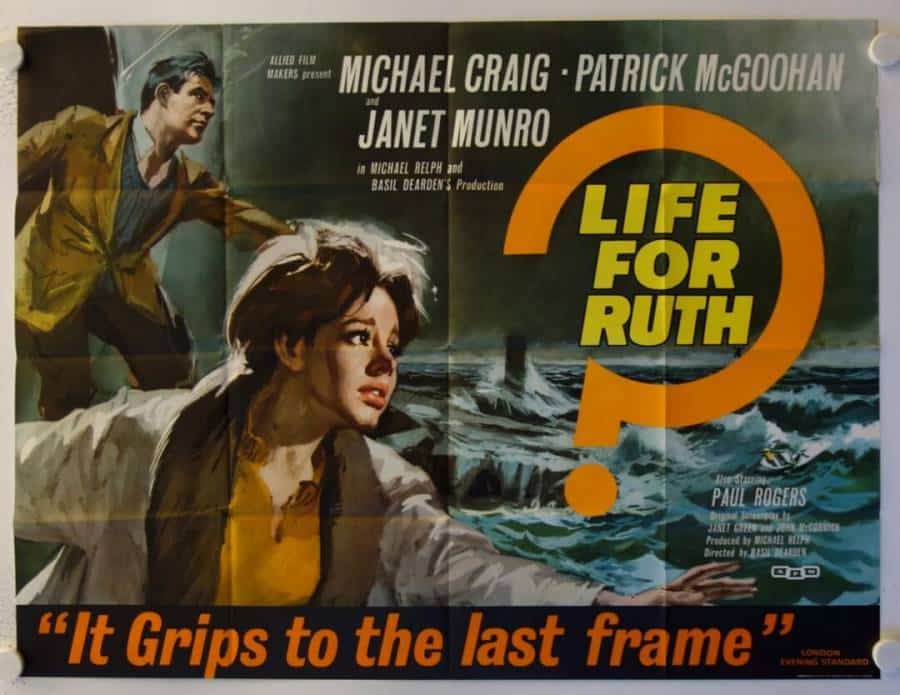 I once saw an American preacher on CNN wave aside every question about child mortality with the three simple words “Straight to Heaven”, thus displaying the same fatalism that enabled Jean Harlow’s mother – a devout Christian Scientist – to keep any doctors at bay that might have been able to keep her mortally ill 26 year-old daughter alive.

The third of a trilogy of films by the team of Dearden & Relph and McCormack & Green on controversial social issues of the day, Life for Ruth aka Walk in the Shadow vanished from cinemas almost as soon as it appeared, but remains an absorbing drama, based on a play by Janet Green (who also wrote Dearden’s cult classic Dirk Bogarde starrer Victim) that explores an issue that still arouses passions today (see above).

Atmospherically filmed on location in County Durham, it would have been interesting to have seen it in an alternative version in which Michael Craig & Patrick McGoohan switched roles, since the latter was quite a calvinist himself in real life. @RichardChatten