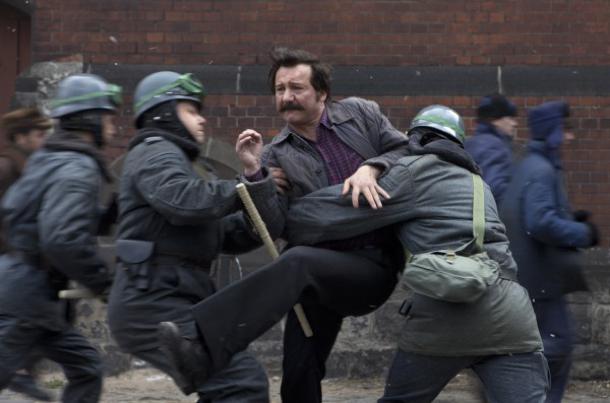 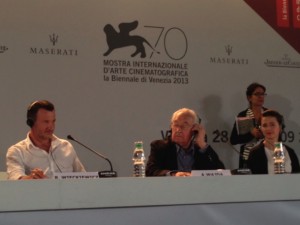 One of the Polish ‘greats’, Andrzej Wajda ends his trilogy of  Man of Iron with his latest film Walesa, Man of Hope. Like the first two films, Walesa is set as an epic, Wajda being perhaps the last European director capable of this form. Whilst the politics of the film are obvious; being a staunch anti-Stalinist, he has avoided showing Walesa as a hero: actually in this film he is not a particularly likeable person at all. He succeeds in spite of his personal faults (womanising, a short temper, egoistical tantrums and narcissism).

The film covers the years between the mid 70s and 1989, leaving out Walesa’s years as president of Poland and his loss of power. Wajda uses the city of Gdansk as a vibrant background, the camera always mobile in his signature style, tries to show (sometimes) too much of everything. Shot through with a palette of ashen-grey, it never gets really light, even in  moments of triumph for the Solidarnosc movement. The mass scenes are directed masterfully, and the emotions are always overwhelming. What is ironic, is that the film’s aesthetics are very much like soviet films, with the camera following the hero at the top of a movement who directs the masses; who follow him faithful.

The private scenes between Walesa (Robert Wieckiewicz bears a remarkable resemblance) and his wife Danuta (Agnieszka Grouchowska) are the weak points of the film. Whilst Wajda shows the male chauvinism of the main protagonist, he never really explores the personality of the woman, leaving her clearly in the shadow of her husband, an appendix. The same could be said for the portrayal of the children who are only shown as a troublesome group, functionless and anonym. Somehow the private and political never meet to become a unit. 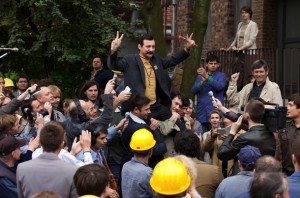 In spite of these reservations WALESA. MAN OF HOPE a major achievement of a veteran film maker, who shows on a purely technical level that he can still teach the younger generation of film makers a great deal.