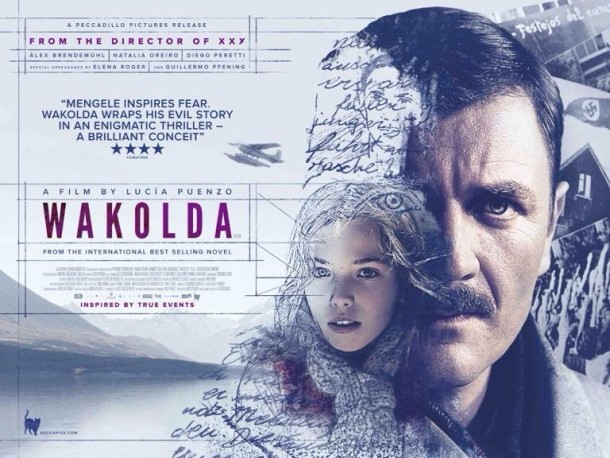 The name of Dr Mengele (‘The Angel of Death’) always strikes fear into anyone familiar with his Wartime medical experiments on behalf of the Nazis.  Writer-director Lucia Puenzo first published the story as a novel about an unsuspecting Argentine family who offer hospitality to a suave Germany doctor, in return for medical care.

Her rather stolid drama instills an unsettling feeling right from the outset but places the story in the wider context of Argentina’s history of giving sanctuary to war criminals during the Second World War.

From the moment they all meet on the road to the family guest house in a cold and remote mountain region of Patagonia, a strange chemistry develops between the middle-aged doctor and the attractive but undeveloped 12 year-old daughter Lilith (Florencia Bardo), whom he calls “a perfect specimen’ – immediately giving the game away to anyone paying attention. 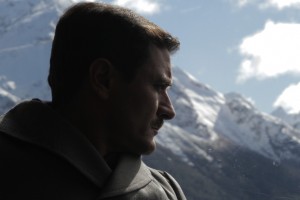 What they don’t realise is that Dr Josef Mengele was one of the Nazi’s most celebrating geneticists responsible for medical experiments which ended the lives of countless prisoners during the Second World War.  But with an ailing business and a wife experiencing a difficult pregnancy with twins, what could be more comforting for the family than the presence of a mature and capable physician around the house?

As Mengele (aka Helmut Gregor – his pseudonym), Alex Brendemuhl evokes a subtle portrayal of a man with a sinister, mysogynist satisfaction in ministering to the needs of Lilith and her bewildered mother.  Inculcating a sense of fear and hypochondria in the women, prior to offering them highly dubious medical solutions to their imagined problems, feels rather like reading the ‘Femail’ pages of the Daily Mail.

In a unsettling twist, husband Enzo (Diego Peretti),  runs the family business making morbid porcelain dolls (the one belonging to Lilith is called Wakolda) and is trying produce one with a mechanical beating heart. The doctor suggests glibly they should be mass-produced in an interesting metaphor for the soulless Aryan race he is employed (by Hitler) to create.

Everyone looks either permanently worried sick or lascivious and scheming (as in the doctor’s case). And well they might, because apart from performing his sinister experiments with growth hormones; Mengele is also an exploitatively messing with their minds and their relationships with each other.

Unlike The Boys From Brazil, the 1978 horror outing which Gregory Peck plays the notorious Mengele, Puenzo’s narrative cleverly only hints at Nazism and is actually set in the early sixties (20 years before Mengele’s death), giving the piece a more generalised sinister (using original war footage) feel rather than one solely focussed on the War.  This serves to make Wakolda feel like a film about an evil serial killer who evades capture through his charm and skills as a sociopath – a brilliant conceit, giving it both universal and contemporary art house appeal. MT

WAKOLDA IS ON DVD