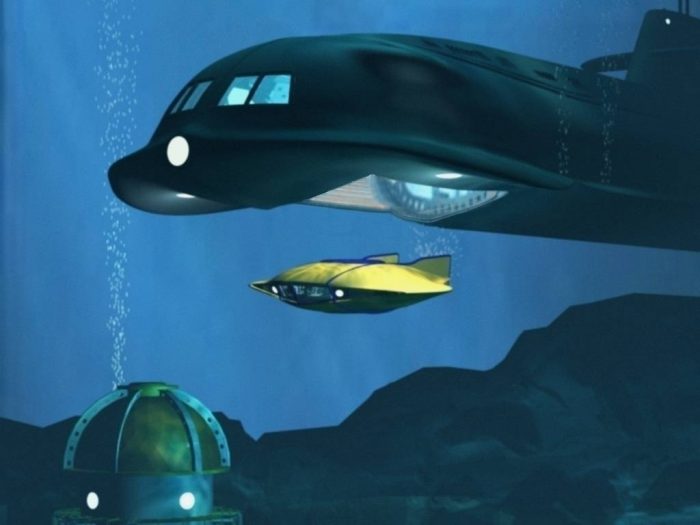 A feelgood answer to ‘On the Beach’ which owes more to Jules Verne (right down to a fight with a giant squid) than to the Atomic Age, in which the end of the world is averted by the crew of a submarine rather than contemplated by one. Actually rather prescient in predicting global warming, but unlike the same year’s The Day the Earth Caught Fire, detonating a nuclear device at the North Pole averts catastrophe rather than causes it. Enough has already been said on the ‘science’ in this film to fill a book; so I’ll simply confine myself to saying I was most amused by the sight of the North Pole still covered with icebergs despite the sky being tinted red to denote that the Van Allan Belt was ablaze.

I remember the dreary sixties TV series that followed only too well and didn’t learn until much later that there had originally been a film. At $3 million at least the money is there up on the screen; of which $400,000 was spent on the submarine ‘The Seaview’ itself. (The sonic pulses it emitted as it ploughed gracefully through the water remained one of the coolest features of the TV series, and in the film we’re spared those annoying shots of the crew being thrown from side to side that became such a tedious feature of the series.) 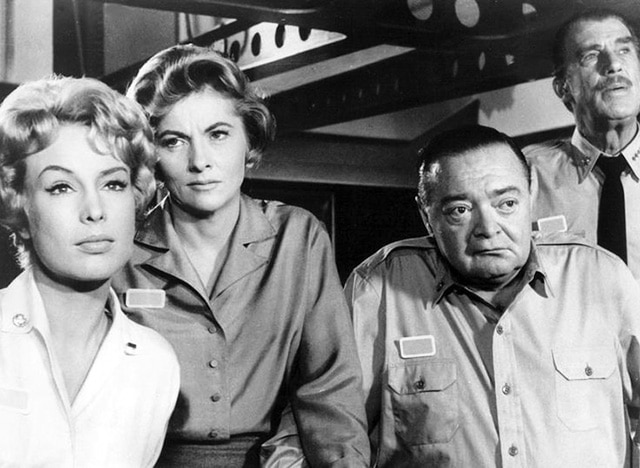 Ironically another critic (TheHonestCritic) thought Peter Lorre the only cast member who didn’t look bored, whereas I thought he looked easily the least interested in what was going on around him. Aside from Michael Ansara’s religious fanatic Alvarez (in those days, when a character started quoting the Bible you knew you were in for trouble), the most fascinating performance comes from Joan Fontaine. Still a handsome woman at 43 but washed up as a film star, 1961 began with the finalising of her divorce from producer Collier Young on 3 January, and in November she lost her home in Brentwood to that year’s catastrophic Hollywood Hills fire. Although in her autobiography she dismissed Voyage to the Bottom as “a horrendous film”, wearing high heels, a lab coat and an even more than usually anxious expression on her face she was ripe at the time to play such a neurotic role and gives an electrifying performance. Richard Chatten