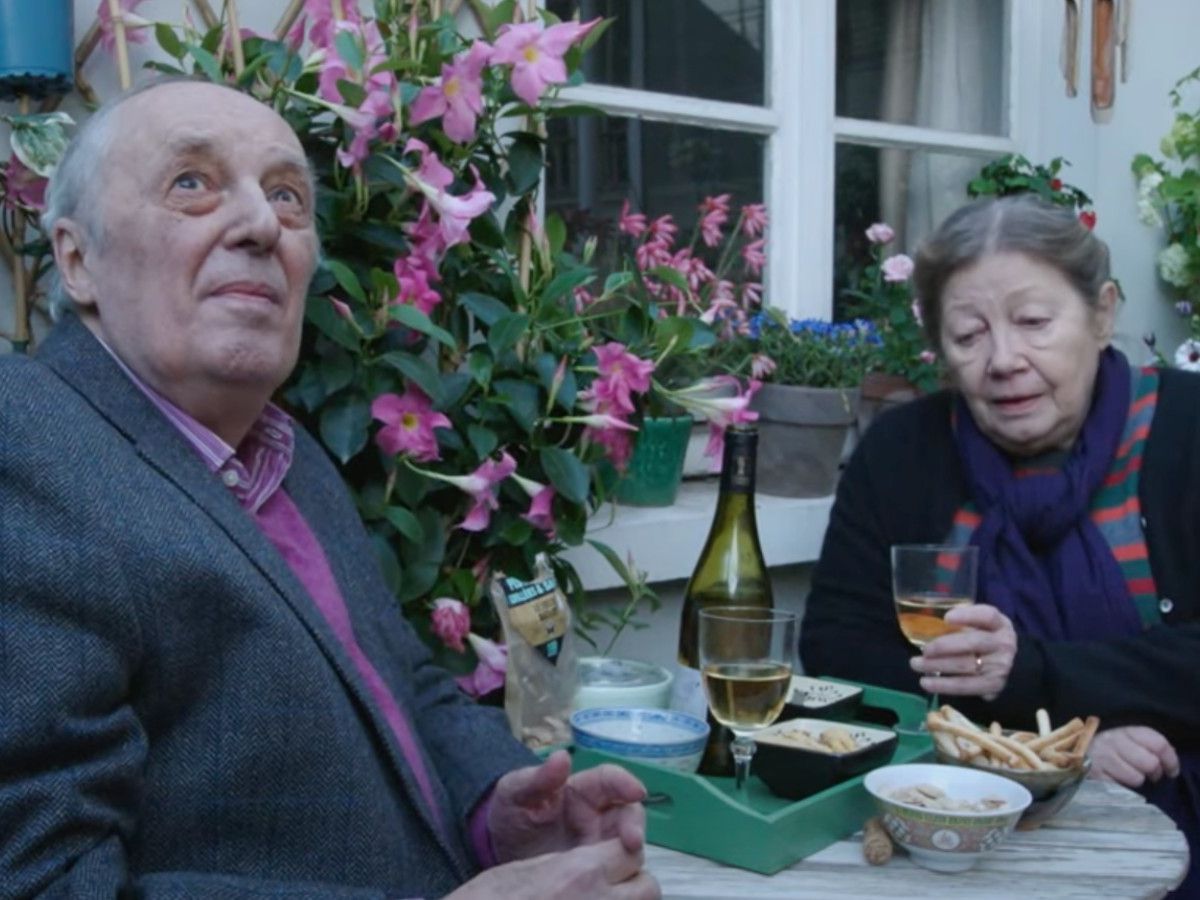 Gaspar Noe’s latest is a tougher, spikier and less affecting version of Michael Haneke’s Oscar-winning Amour (2012) that pictured the final months of a couple in their eighties.

Vortex opens with a man and woman enjoying an evening aperitif on the balcony of their book-filled penthouse. It’s a contented, easy-going domestic vignette with improvised dialogue, but dark clouds soon gather as a split screen then follows their day to day existence, after waking up in the next morning.

Dementia is the focus and Françoise Lebrun will succumb to the illness in a fairly nuanced performance – there are no confrontations or outbursts of aggression – simply a slow downward spiral into mental disintegration. Dario Argento plays the more troubled character, a heavy smoker suffering from heart failure and desperate to complete a book about dreams in cinema – he is fractious and destabilised by his wife’s increasingly erratic behaviour and worried for her safety: “you can’t just go swanning about the place, Paris is full of really dangerous people”. Although his wicked sense of humour comes out in the scenes with their mentally unstable son (Alex Lutz) who gently tries to coax his parents into the idea of a care home – we’ve all been there before, and it doesn’t get better.

The father will protest, the son will desperately try to find another solution – but we all know the writing is on the wall. The tone here is more about resentment and desperate resignation than Amour’s tempered sadness that celebrated the glowing embers a long life full of tenderness and devotion between a couple. Vortex presents a starker more predictable scenario, and very much a Dylan Thomas style ‘rage against the dying of the light’ for Argento’s husband. There are none of the thrills and spills normally associated with the Argentinian maverick’s work. Certainly this is Noe’s most grown-up film to date. An sobering engagement with reality, maybe acknowledging his own mortality. MT