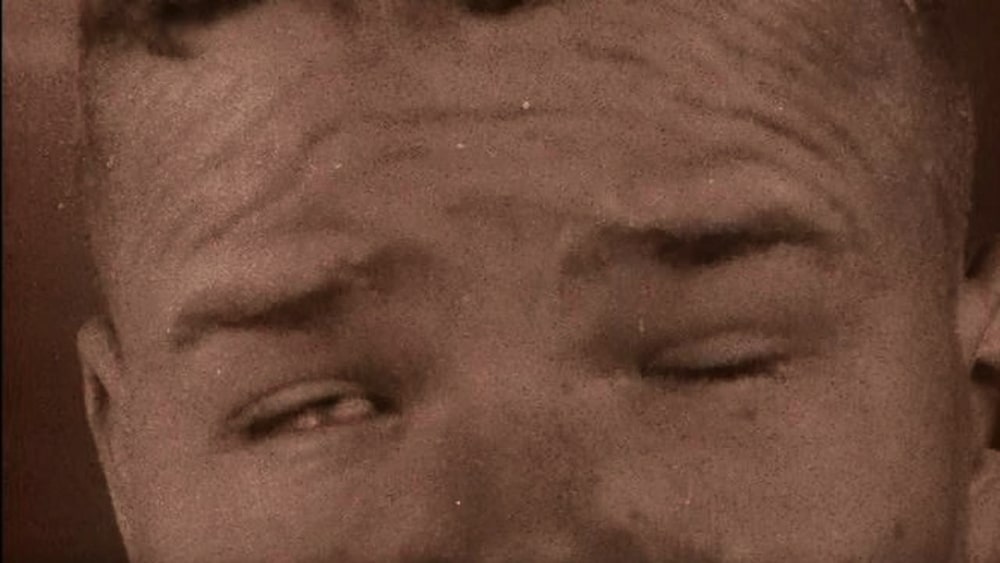 A staple genre in Germany during the mid-twenties, and also popular abroad, were these upbeat documentaries known as ‘Kulturfilm’. Of these, Wege zu Kraft und Schönheit (‘Ways to Strength and Beauty‘, 1925) – which can be viewed on YouTube – gained postwar notoriety as the film debut of Leni Riefenstahl, and for being singled out by Siegfried Kracauer in his postwar book ‘From Caligari to Hitler’ for its declared aim to promote the “regeneration of the human race” while Kracauer castigated the ‘Kulturfilm’ as a whole for “their amazing indifference to human problems”.

The new broom that swept Germany after 1933 may indeed have had little concern for the physically vulnerable; but Vom Reiche der sechs Punkte attests to a concern in the days of the Weimar Republic to strengthen Germany by means other than mass murder.

A feature-length dramatised documentary covering the attempts by the medical profession in the Rhineland to equip the blind for lives as productive members of society, this engrossing film intersperses documentary sequences featuring genuine staff and patients along with scenes where actors portray young steel worker Hermann and his fiancée Luise who learn that that he’s going to lose his eyesight through not seeking medical treatment soon enough; and Luise’s discovery of the help available in a home for the blind. (The point that his eyesight might have been saved if he’d seen a doctor soon enough is underlined by the fact that the other patient in the ophthalmologist’s waiting room is a small boy whose eyesight is also impossible to save because his mother didn’t bring him in to get his eyes examined soon enough). Gradually Hermann regains his hope for the future, while Luise joins the home as an assistant.

The documentary portion of the film provides distressing evidence of the damage childhood infections and other afflictions can do to infants’ eyesight, before moving on to the treatment available, including a brief history of various aids to communication culminating in braille (the ‘six dots’ of the title), the manufacture of glass eyes, and outdoor excursions into the country for the kids. Most of the emphasis is on children, although we see Hermann in a class being taught basketmaking and a concert by blind musicians fronted by a blind pianist. A scene with a blind beggar serves as a reminder of the fate in store for so many disabled people between the wars, but strangely enough no mention is ever made of all the soldiers blinded in The Great War.

Purely by dint of having been shot during the 1920s, much of the film appears charmingly picturesque in the handsome tinted and toned print found in the Finnish Film Archive. It would be interesting to learn what a modern ophthalmologist would make of the standard of treatment depicted. @Richard Chatten