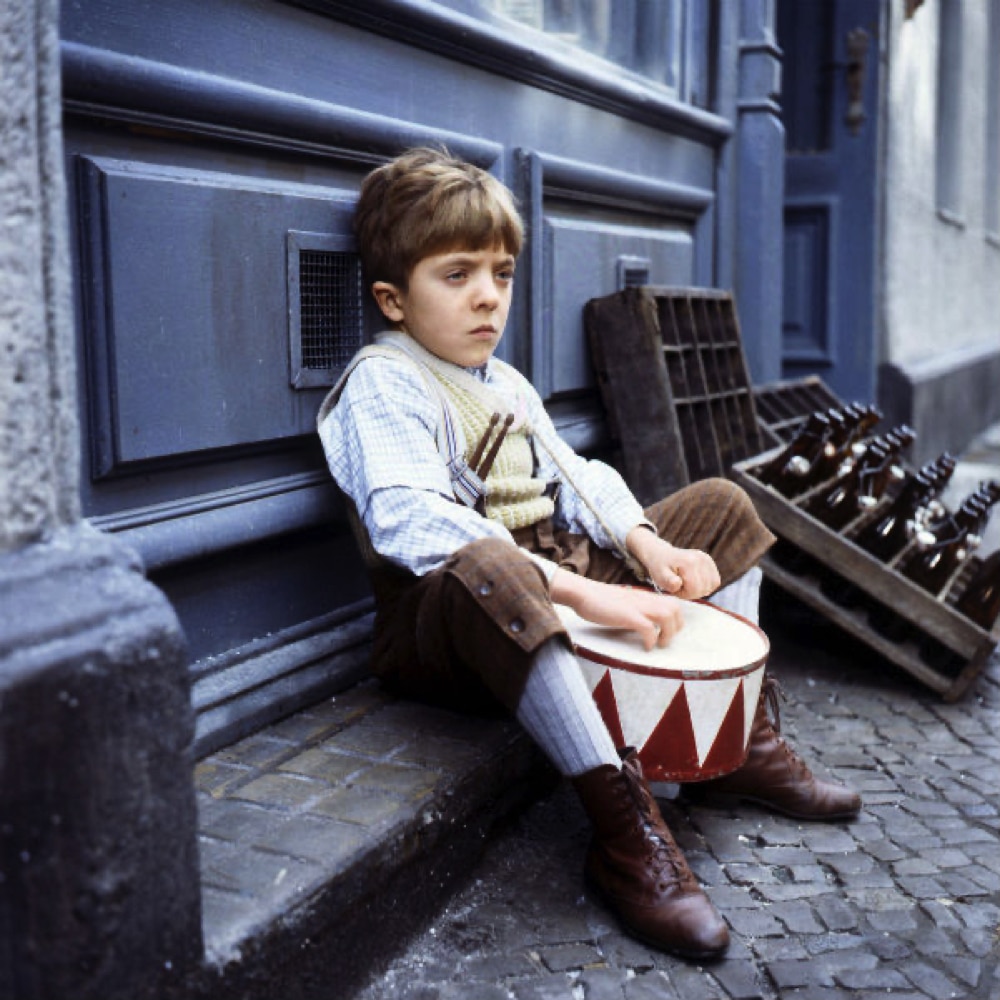 Bergamo is back with another film festival to mark the city’s triumphant return after the setbacks of the past year.

This 73rd edition – which runs from Friday 24 April  2 May – celebrates a major retrospective dedicated to director, screenwriter, producer and actor Volker Schlöndorff, one of the most significant talents of post-war German cinema. Bergamo is also set to pay homage to Polish director, writer and artist Jerzy Skolimowsky and one of the key figures of  Hungarian cinema, director and writer Márta Mészáros.

But first let’s look at Volker Schlöndorff  (*1939) whose career to date spans over 50 years with 23 feature films, nine segments for feature films, seven TV movies, three documentary and seven TV documentaries, an impressive rollcall. If there is one common factor in his feature film output, it’s his penchant for literary adaptations, starting with his 1966 debut, the Musil version of The Young Törless.

Of all the directors of the “New German” cinema – Wenders, Fassbinder and Reitz – Schlöndorff has relied most heavily on others’ work for his inspiration and has courted the critics, even more so than the audience. It is no co-incidence that Schlöndorff took on the leadership of the old Babelsberg Studios after re-unification in 1990, serving as CEO between 1992-1997. 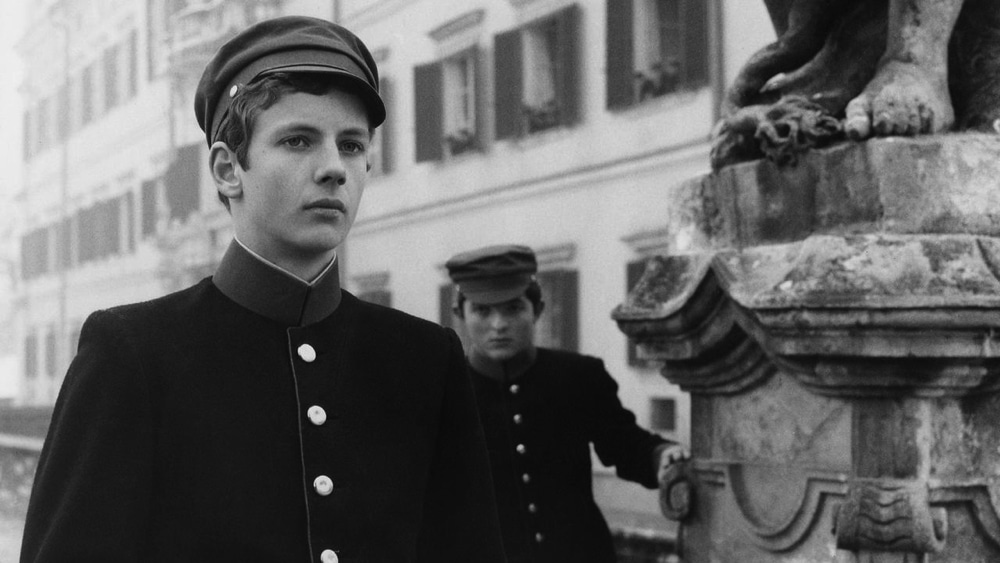 Training in Paris at the prestigious IDHEC, Schlöndorff  worked as an assistant to Louis Malle, Jean-Pierre Melville and Alain Resnais. His sophomore feature Törless, shot in black-and-white, bears the influence of the French masters: the story of a boarding school cabal with home-erotic undertones is told with great sensibility and relies very much on the unity between aesthetic and content. Törless is arguably the most mature feature of the fledging New German Cinema.

Michael Kohlhaas – Rebel (1969), based on the novel by German classicist Heinrich von Kleist, is a melancholic study of a failed revolutionary in the 18th century. But Schlöndorff’s major breakthrough onto the international stage was with Heinrich Böll’s adaption of The Lost Honour of Katherina Blum (1975) a film that showcased corruption in the West German establishment, Baader-Meinhoff’s activities undermining the freedom of expression and re-establishing the old Nazi power structure. 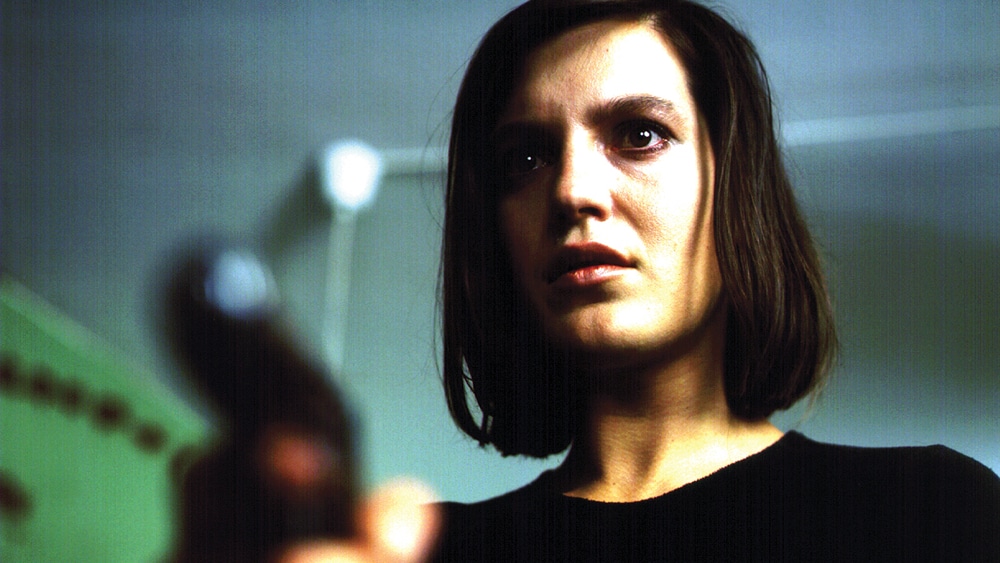 Two years late Schlöndorff directed three segments of Germany in the Autumn, a critical portrait of eight directors, Kluge and Fassbinder amongst them, seen against the background of ongoing West German reconstruction. His next feature, The Tin Drum (1979) was to place him firmly in the spotlight, winning the Palme d’Or Golden at Cannes (alongside Francis Ford Coppola’s Apocalypse Now). German cinema was now a force to be reckoned with. Based on the novel by Günther Grass, The Tim Drum pictures the advent of fascism in Germany from the POV of a little boy reluctant to grow up, self-denial jostling with opportunistic desire.

Success in Europe paved the way for heavyweight productions in the US: Arthur Miller’s Dustin Hoffman starrer Death of a Salesman (1985) and Marcel Proust’s Swann in Love (1984) with Jeremy Irons and Alain Delon. Competent yet indistinctive in their style, these dramas could have been made by any talented director. In 1990 The Handmaid’s Tale followed, based on the novel of Margaret Atwood (that would later spawn the ongoing TV series).

In the mid nineties Schlöndorff was back on form again with The Ogre (1996), based on the novel by Michel Tournier. The film plays out like a horror story, a naive German (John Malkovich) inadvertently taking part in the Holocaust. In 2000 The Legend of Rita, another biographical piece, this time about Inge Viett, a member of the RAF underground, who fled to East Germany, where she settled with the help of the STASI. Based on the play by Cyril Gely, Diplomacy (2014) saw Schlöndorff returning again to German history, a combative wartime episode outlining Hitler’s order to burn Paris to the ground . Swedish diplomat Raoul Nording finally succeeds in convincing the German commander, General Dietrich von Choltiz, to defy the Nazi leader.

Overall, Schlöndorff is more comfortable working with these historical dramas plundering German history, than with blockbuster adaptations of successful novels. But he is still an important part of the German cinema of the early 1960s, whose proponents finally laid to rest the unholy UFA tradition. AS