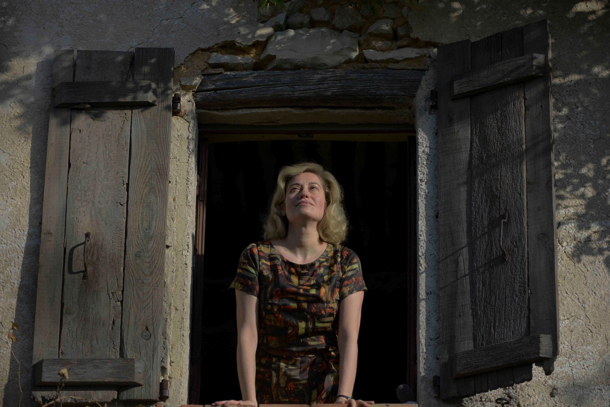 After his sparkling bio-pic of the French painter Seraphine Louis (2008), Provost successfully tackles another woman artist whose humble background helped and hindered her literary career in different ways: Violette Leduc (1907-72) was a protégé of Simone de Beauvoir, who valued her writing paid her for many years a generous allowance (pretending it came from the publisher Gallimard), Evenutally years later, in 1964, Leduc made the breakthrough with  her passionate and painfully honest memoir  ‘La Batarde”.

Violette unglamorously, but brilliantly played by Emmanuelle Devos, is the illegitimate daughter of a kitchen maid. At the beginning of the film she is living with the homosexual writer Maurice Sachs in Nazi-occupied France. After marrying her as a ‘cover, he mistreated her but encouraged her to write), in Nazi occupied France. She survives by trading luxury food items successfully on the black market, a ‘profession’ she continues after the end of the war in Paris. After reading a book by Simone de Beauvoir (a strong portrait by Sandrine Kiberlain ),  she visits the writer and develops an unrequited crush on her.

De Beauvoir channels her emotional feelings into serious writing but encourages Leduc whose first book “L’ Asphixie” is published by Gallimard, through de Beauvoir’s literary contact. The lack of success of her next books, coupled with de Beauvoir’s stardom, drives Leduc into a deep depression, but the restrained and outwardly frosty de Beauvoir, supports her and even  pays for her stay in a sanatorium, where Leduc is – against De Beauvoir’s will –  treated with electro shocks. 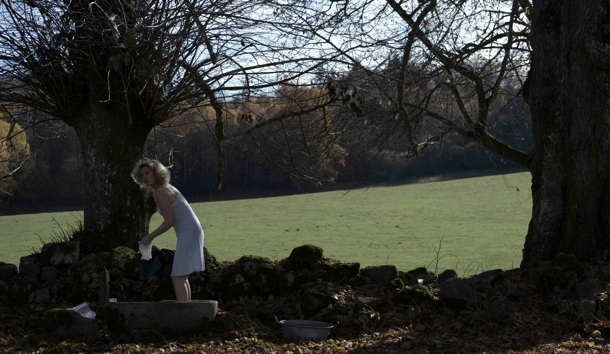 Leduc whose writing was at least as revolutionary as de Beauvoir’s (she was the first to describe lesbian sex), suffered most of her life from lack of self-esteem, she felt unloved by her mother (Catherine Hiegel). Sets and lightning reflect Leduc’s self-image: before moving to Faucon, she lives mostly in squalor, the colours are washed out, grey is dominant. Paris is anything but the city of light for Leduc, she sees Paris more like tunnels, in which she gets lost. Her temper tantrums seem to reverberate from the shoddy walls of her rooms, she dresses with little elegance believing in her own modest background (only making an effort when meeting De Beauvoir). Leduc is always shown as coarse and unattractive  – the total opposite of her status as a literary icon and taboo-breaker who is regarded now by some as on par with De Beauvoir.