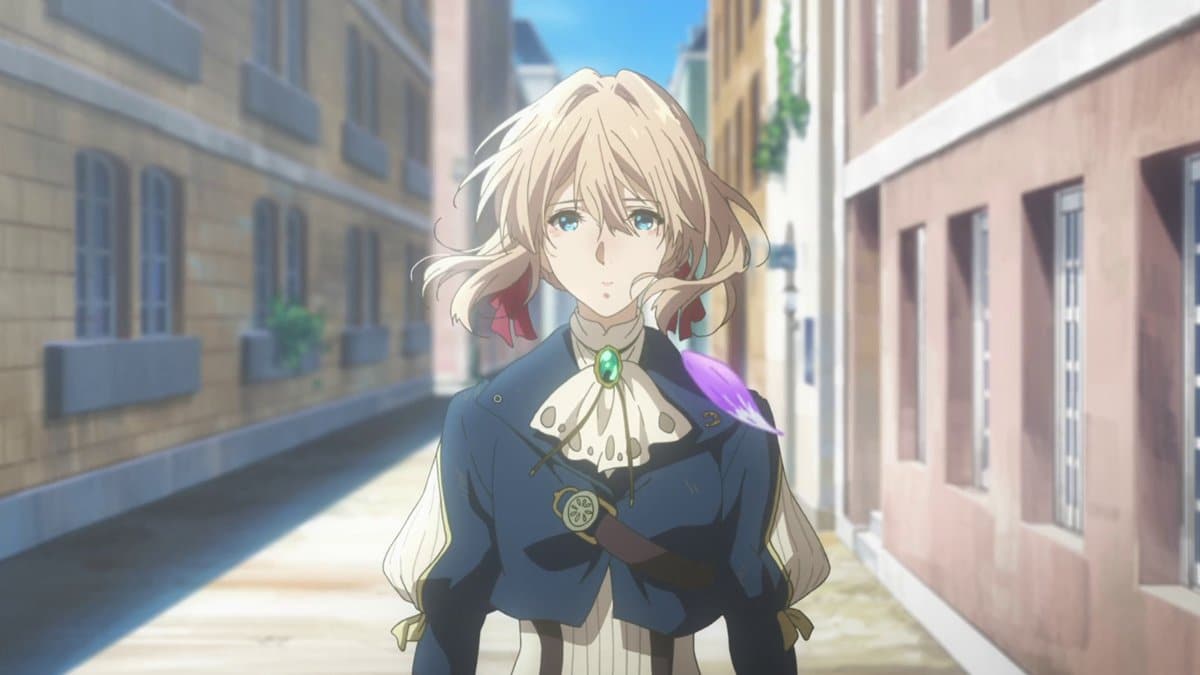 It all started with a series of novels by Kana Akatsuki, featuring Violet Evergarden, a child soldier from an unspecified conflict in the early 20th century. A TV anime version was created in 2018 and streamed at Netflix.

A spin-off feature, Violet Evergarden: Eternity and the Auto Memory Doll was released in 2019, the first release at Kyoto Animation Studio after the deadly arson fire. But Violet Evergarden; The Movie (written by Reiko Yoshida), the final chapter of the series, had to be postponed twice: first as a result of the studio fire, then because of Covid-19.

The feature is delivered in the typical Kyoto animation (‘KyoAni’) style: a romantic melodrama with phantasy elements. Whilst Violet (Ishikawa) dominates the proceedings, Yuris, a young, terminally ill boy is the narrator. He asks Violet, a ‘memory doll’, to write letters to his parents and a friend he fell out with. Violet’s profession as a letter-writer for people who cannot express their feelings in words is also very much a self-help project.

At the end of war, the dying Major Gilbert (Namikawa) confessed to object of his dreams: “I love you”. Violet never really understood the concept of romantic love so he tries to come to terms with her past by expressing emotions on behalf of others as a sort of ghost writer. Eventually her skills become more and more redundant, with the  invention of the telephone, and conflicting memories of Major Gilbert start to surface.

The Movie also takes up strands from the series, with characters Anne and Daisy, whom she had helped with her letters during over the generations featuring in the storyline. The narrative brings to together the interplay between the episodic strands and the overarching history of Violet. It all culminates on a remote island where Gilbert, who lost an eye and an arm during the war, is very much alive. A letter gets Violet to the island, but Gilbert does not want to see her. Spoiler alert: there will be a happy end after the final credits – don’t leave before!

The story plays out against vast and shimmering cityscapes. Computer-generated water sometimes collides with the hand-painted background . Character design is very elegant, conjuring up the many decades of the past the narrative is covering. Equally impressive are the fantastical elements of the mechanical arms. The images focus on small objects in the rooms, the characters are caught in long panning shots, in which the background signifies their emotional state. The very detailed animation of tears – making sobbing really look gorgeous – is certainly a speciality of ‘KyoAni’. But overall, the expressive characters archive a lot with minimal exaggeration.

Violet Evergarden is a feast of visual fireworks, there is so much to admire, feelings and emotions taking centre stage, absorbing us in a storyline that never out stays its welcome despite the prodigious running. A real joy. AS