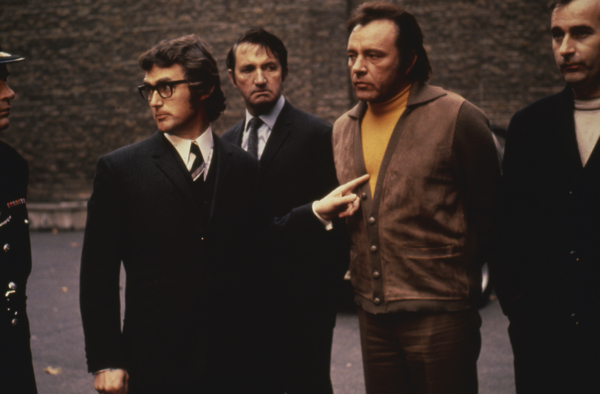 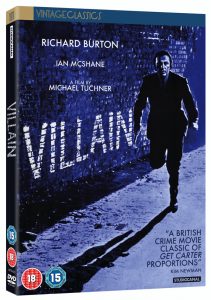 This 1970s British crime caper pales in comparison with Mike Hodges’ Get Carter of the same year. But Villain is certainly enjoyable as gangster sagas go, Dick Clement and Ian La Frenais’ pithy dialogue raising a titter as we step back down memory lane to those refreshing politically incorrect days. Villain has a fabulous sterling British cast including Ian McShane, Donald Sinden. Joss Acland and Nigel Davenport, not to mention T P McKenna. The problem here is Richard Burton. Well versed in his suave role as The Spy Who Came in from the Cold; he makes for a wicked working class hero in Look Back in Anger, a peerless Petruchio in The Taming of the Shrew, and was masterful as Cleopatra‘s Mark Anthony. But cockney wide-boy he ain’t, and he really struggles with an accent that somehow throws his performance off-kilter as mob boss Vic Dakin. Burton is also an unconvincing homosexual is this otherwise enjoyable thriller from TV director Michael Tuchner, now on re-release and hoping to attract a wider audience with its LGBTQ+ credentials: McShane and Burton nip between the sheets – although the scene was cut and you only see them slipping their fitted shirts off. There is a great deal of old style violence involving coshes rather than today’s more ubiquitous guns and knives, giving this classic an authentic twist. And it’s fun guessing the locations with 1970s London looking decidedly grim: Battersea Power Station, Notting Hill Gate and Kensal Rise Cemetery all feature in this solid but rather stolid Britflick. MT