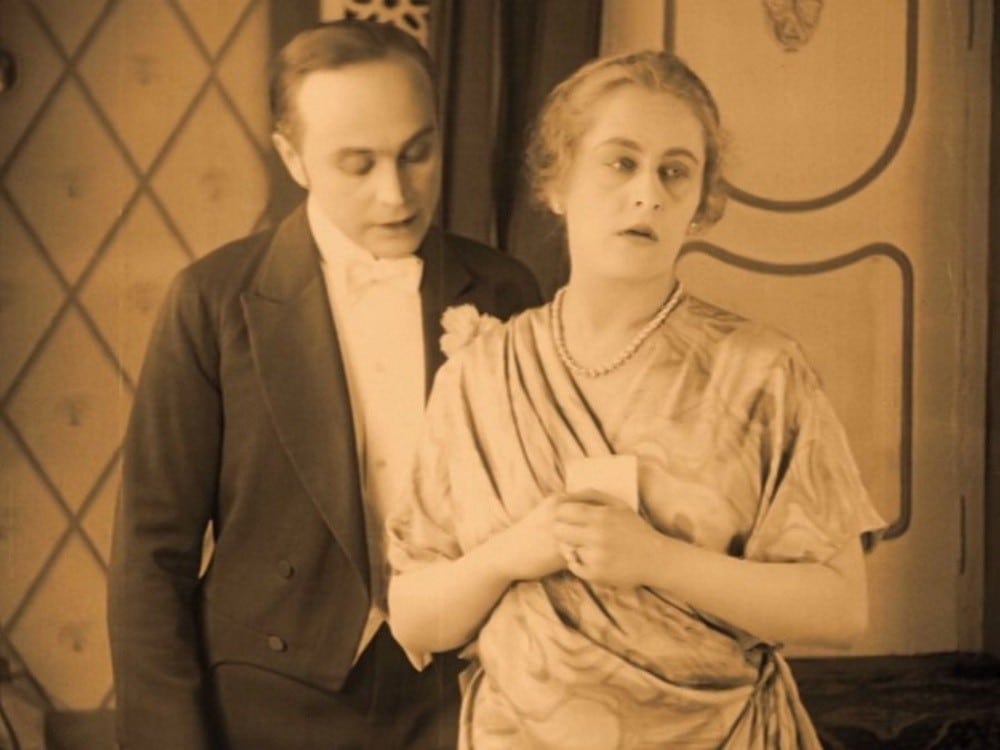 Now a hundred years old! Despite resurfacing in Brazil in 1987 and now available on YouTube, this dynamic, good-looking little gem by Fritz Lang remains stubbornly overlooked by most film historians, yet is probably as lively as anything Lang ever made, based on a play by Rolf E, Vanloo, and a script by Thea von Harbou.

Like his earlier serial Die Spinnen, Lang’s template at the time was Louis Feuillade’s melodramatic tales of arch criminals transposed to what is presumably contemporary Berlin (although the time it was made is now far closer to Dickens than us), in which morals were loose, most of the characters wear large overcoats and hats signalling their social status (and one of the employees at the local restaurant is a little black kid). The production company plugs itself by making the local cinema prominently on view the Decla-Bioscop; while Teutonic thespians like Rudolf Klein-Rogge play characters with Anglo-Saxon names like ‘Upton’. @Richard Chatten