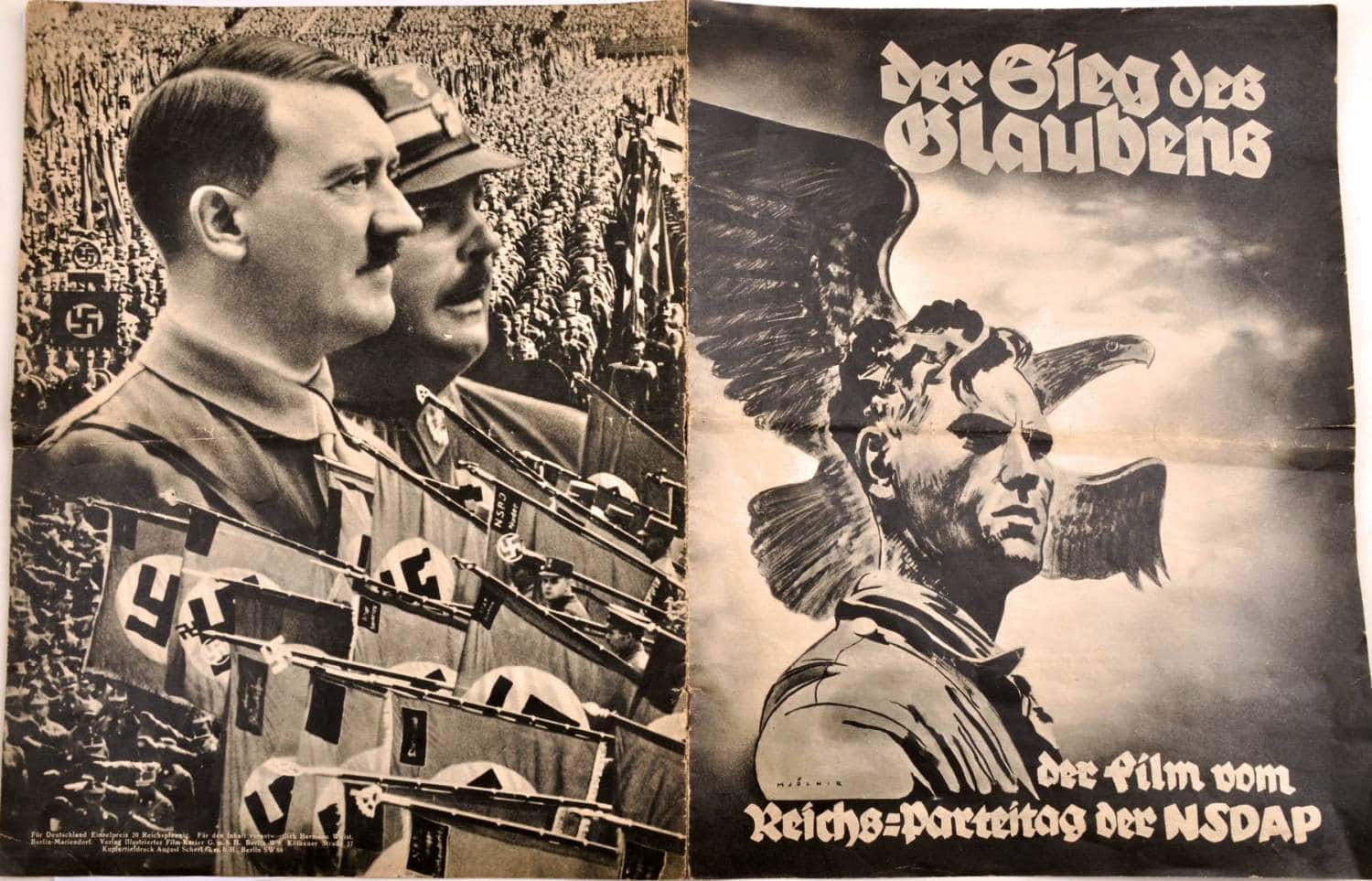 One gets a sense of déjà vu all the way through this trial run for Triumph des Willens, as so many of its images were deliberately recreated by Leni Riefenstahl a year later for the more famous film, which also reuses Herbert Windt’s music; although sadly there is no zeppelin in Triumph des Willens.

In addition to being almost exactly half the running time of the interminable ‘Triumph’, it’s the mismatches and the occasional moments of spontaneity that makes Der Sieg des Glaubens the more endurable of the two films. The presence throughout of Ernst Röhm is naturally the most remarkable feature; usually at Hitler’s side but otherwise not unduly prominent (the film overall contains mercifully far less speeches – and marching – although there do seem to be rather more shots of Goebbels this time round). 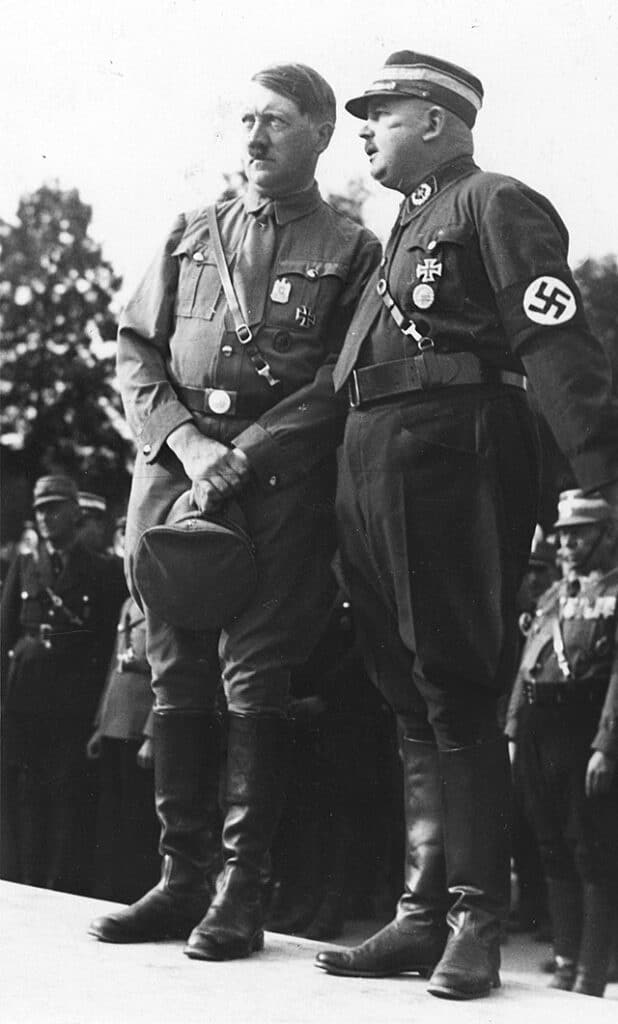 Two amusing moments depicting the Führer caught slightly off-guard are early on when he immediately thrusts a bouquet of flowers two little girls have just presented him with in Rudolf Hess’s direction; and the unaccustomed slouching posture he adopts while the leader of the Hitler Youth, Baldur von Schirach, attempts to quieten them down so that he can begin his address.@Richard Chatten