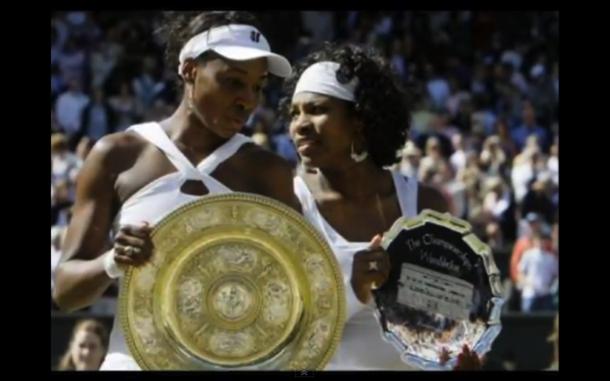 When businessman Richard Williams bought a manual on teaching tennis there was no doubt in his mind.  His aim was to hothouse his little daughters to success on the international tennis circuit.

Today Venus and Serena Williams are the first African Americans to have won the World Finals Championships at Wimbledon.  Maiken Baird and Michelle Major’s cinéma vérité piece follows the pair through the 2011 tennis season.  Alex Gibney, the director of Mea Maxima Culpa: Silence in the House of God has also backed the project which combines early childhood footage of the girls, interviews with family and tennis luminaries such as John ‘You Cannot Be Serious’ McEnroe, together with top moments from the world of tennis.

The Williams sisters share a similar background to that of Michael Jackson: a controlling, even draconian father figure; a gruelling training lifestyle that precludes any childhood pleasure and, above all, a commitment to God.  A self-made man with thriving business interests, Mr Williams was determined that Venus and her younger sister, Serena, would both follow his path to success. But they took things one step further, overcoming countless setbacks along the way due to their unique bond with each other.

Fascinating and fact-filled; Venus and Serena is an absorbing watch, catching the superhuman quality of the girls with their amazonian physiques (and rock-hard thighs). Focusing on their positivity and total lack of self-doubt, it charts their glittering successes and, what is more surprising, their total respect for their father.  At one point Serena calls him ‘Sir’, despite his philandering ways: Williams is on his second marriage. They also discover some astounding home truths about their large family and reveal to us the secrets of their own brand of success which now extends beyond the tennis courts.

Venus and Serena is a well put-together documentary.  With moments of triumph and dark humour, it provides an absorbing account of this classic ‘rags to riches’ story and will appeal to sports fanatics and tennis lovers everywhere, particularly in the run-up to Wimbledon. MT.