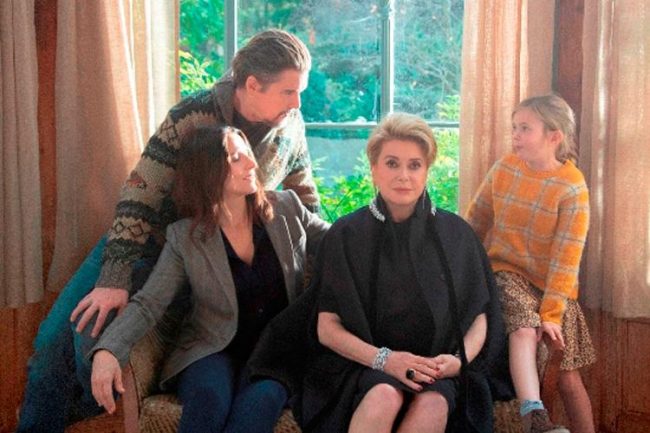 Celebrating its 76th Anniversary VENICE FILM FESTIVAL was another exciting occasion with the competition line-up featuring the latest from established directors with newcomers also presenting their work.

One of the standouts of this year’s mostra was a pre-festival showing of Gustav Machaty’s 1933 masterpiece ECSTASY which won him Best Director in the year following production,

The fun got going with The Truth by Japanese director Hirokazu Kore-eda. Then amongst the Golden Lion hopefuls was maverick Roman Polanski who finally brings his biopic about another controversial figure Louis Dreyfus to the competition which ran from 28 August until 7 September on the Lido.

Adapted from Robert Harris novel J’Acuse stars Louis Garrel, Mathieu Amalric and Emmanuelle Seigner (aka Mme Polanski). Other high profile features were Todd Phillips’ The Joker – which won the Golden Lion and starsJoaquin Phoenix. And once again the lack of women directors in competition was flagged up, although there were plenty of female stars to be seen in the elegant hotspot on the Venetian coast.

In the 21-strong competition line-up there was one trail-blazing female director in the shape of Saudi filmmaker Haifaa Al-Mansour (Wadjda) who attended to present her fourth feature The Perfect Candidate. Set in Riyadh it tells the story of a woman doctor who navigates her way through the male-dominated scenery to run for the council elections.

Other auteurs include Czech Vaclav Marhoul with a wartime drama three hours long and ten years in the making: The Painted Bird (CZE/UKR/SLO) follows the plight of a Jewish boy on the run through Nazi Germany. The film stars Stellan Skarsgard. Chilean filmmaker Pablo Larrain was last in Venice with The Club, his latest sees a couple dealing with the aftermath of adoption, and Mexico stars Gael Garcia Bernal heads the cast. From Colombia Embrace of the Serpent director Ciro Guerra ups his game considerably with a starry cast of Johnny Depp, Robert Pattinson and Greta Scacchi in a period drama dealing with themes of loyalty and trust in a distant outpost of the Spanish Empire. Waiting for the Barbarians is based on a novel by South African writer J M Coetzee.

In the Italian corner, there is more about the Mafia from Sicilian director Franco Moresco, who won the Orizzonti Jury prize at Venice with Belluscone. Una Storia Siciliana back in 2014. La mafia non e piu quella di una Volta is a documentary exploring the history and origins of the organisation. From China comes Ye Lou’s historical drama Saturday Fiction and Hong Kong based director Yonfan breaks his 6 year silence with No. 7 Cherry Lane that centres on a English literature tutor caught up in a love triangle with a woman pupil and her mother. And Sweden’s Roy Andersson was in attendance with About Endlessness.

Steven Soderbergh also featured in competition with Panama papers themed The Laundromat that stars Meryl Streep and David Schwimmer as journalists uncovering political tax avoidance sculduggery in the US. Noah Baumbach makes his first appearance at Venice with another domestic satire, this timed entitled Marriage Story: an insightful drama tempered with his usual brand of dark humour and a impressive cast of Laura Dern, Scarlett Johansson, Adam Driver and Ray Liotta. Both these US outings are now on Netflix.

Veteran French filmmaker Robert Guedeguian presents a Marseilles-set family drama, and Olivier Assayas continues to surprises us with his versatility, this time with Wasp Network a story of intrigue involving Cuban political prisoners. Canadian director Atom Egoyan has selected an interested cast of David Thewlis, Luke Wilson and Rossif Sutherland (son of Donald) to flesh out a morally thorny story surrounding pupils in a high school. A slightly underwhelming feature that divided the critics.

Venice 76 ‘out of competition’ selection included documentaries and features –  from Alex Gibney, Costa Gavras, who tackles the Greek financial crisis in Adults in the Room; and Andrea Segre with ecological documentary Il Pianeta in Mare. Pink Floyd’s Roger Walters directs and appeared in a concert film going back over the last few years of his musical career. There was also a chance to see some remastered classics in the shape of Kubrick’s Eyes Wide Shut; screened alongside a new doc about one of the greatest directors of all time Never Just a Dream: Stanley Kubrick and Eyes Wide Shut by Matt Wells. Gaspar Noé  Paolo Sorrentino and Sergei Loznitsa also featured in the out of competition competition section.

Meanwhile in the Horizons sidebar, German filmmaker Katrin Gebbe makes her feature debut with Pelican Blood starring Nina Hoss. And Alfredo Castro (from Golden Lion winner 2015 From Afar) is back to star in a psychological drama White on White from Chilean director Theo Court. MT

Out Of Competition (fiction)

Out of Competition (non-fiction)

Out of competition (special screenings)