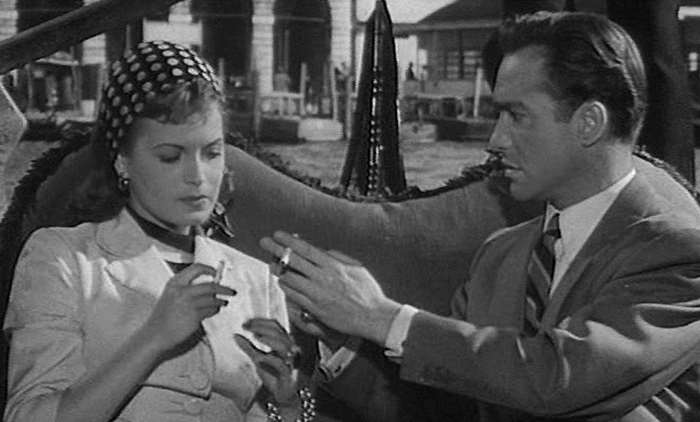 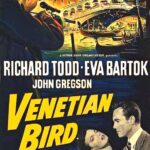 Another film shot on location abroad despite claiming in the credits that it was “Made at Pinewood Studios, England”. Adapted by Victor Canning from his own novel, and making vivid use of Venetian locations, marred Nino Rota’s noisy score; it attempts to do for the city of gondolas what The Third Man did for Vienna (except the venue for a meeting is the Cafe Orfeo rather than the Cafe Mozart) populated by spivs, sinister foreigners and such well-known Italian types as John Gregson, Sid James, Miles Malleson (who’s plainly been dubbed) and Meier Tzelniker.

A British private detective in the shape of Richard Todd travels to Venice to make contact with an ex-partisan, unaware he is just a pawn in a political assassination plot (hence the film’s US title The Assassin). After a meandering first half the drama picks up considerably midday when it turns into State Secret, complete with a speedboat tearing along one of the canals and Richard Todd obviously doing his own stunts. The cast even includes the earlier film’s General Niva (the equivalent in this film is called Nerva), Walter Rilla, who effetely requests of Todd:”Please don’t get blood on my cushions”.

Leading lady Eva Bartok isn’t called on to do much as the female lead, described by Todd as a “glacial, dark-eyed Madonna”. More interesting are Margot Grahame as a throaty-voiced lady who keeps a gun in her flat, “never kept a man UNDER my bed in my life!” and offers Todd “the nicest hide-out in Venice” as the action hots up. One would also like to have seen more of the young Eileen Way, who makes a dramatic entrance as a rather menacing Venetian policewoman before promptly disappearing again. Richard Chatten.