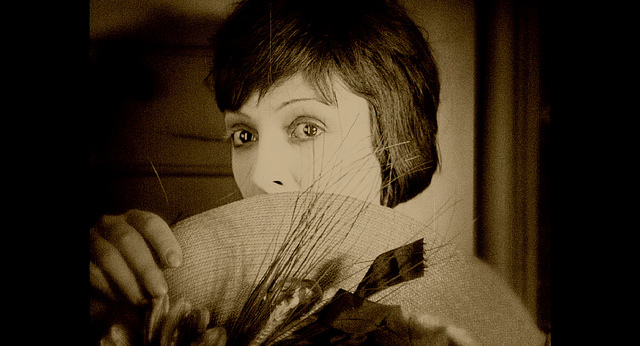 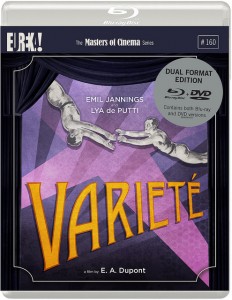 German born director and writer Ewald Andre Dupont (1891-1956) was a true film pioneer whose  career stretched from the end of WWI to Hollywood and US TV series in the mid ’50s. His greatest success was VARIETÉ, which gained him a contract in Hollywood at Carl Laemmle’s Universal, even though Love Me and the World is Mine (1926) run over budget and was unsuccessful at the box office. Dupont then went to England, where he directed Piccadilly and Atlantic, both critically acclaimed. After a brief return to Germany, the Jewish filmmaker finally emigrated in 1933 back to America where he made a series of mostly B-pictures before ending his career with the highly popular TV series “Big Town” (1950-56).

VARIETÉ, tells the tae of prisoner No. 28, ‘Boss’ Huller (Emil Jannings), who recounts his tragic life story to the prison governer. Once famous as a trapeze artist, Huller runs a shabby attraction on Hamburg’s Reeperbahn, the Red Light district of St. Pauli. Living in the past, he meets up with an exotic young woman, Bertha-Marie (de Putti), whose mother had died on board a ship bound for home. Huller falls madly in love with her, and leaves his wife (Delschaft) and his child. Thanks to a lucky break with world-famous trapeze artist Artinelli (Ward), who is looking for a new partner,  Huller becomes the ‘catcher’ in a new act, performing a triple somersault whilst blindfolded. After a short spell of the good life, the ‘Boss’ finds out that Bertha-Marie is having an affair with Artinelli and he kills his rival with a knife. Even when his jail term is over, Huller is still a prisoner of his own mind.

For Kracauer VARIETÉ was the end point of a series of films which sprang from The Last Laugh, where the hero fights back before he submitting to his fate. Based on a novel by Felix Holländer,  VARIETÉ could have easily been written by Carl Mayer (who scripted Dr. Caligari and The Last Laugh among others). Whilst Dupont was perhaps not an innovator, he was “a brilliant adapter” (Kracauer). With the support of DoP Karl Freund, who also shot The Last Laugh, Dumont realised a concept, “in which the camera penetrates the outer reality by means of devices used originally in the outward projection of inner reality”. His technique resulted in astonishing results. The actors seemed unaware of the camera, and in this way, Janning’s bulky back (with the number 28 written on in chalk, very much like Peter Lorre would be later marked in Lang’s M) is as impressive as his face.

The camera movements are rapid, the multiple exposures and unusual angles giving the audience the impression that they are taking part in the film. In one famous sequence, where the whole of the ménage-à-trois is revealed in purely visual form, we watch Artnielli looking longingly at the departing Bertha, whilst she ‘repairs’ her make-up, before joining the ‘Boss’ again. But whilst Kracauer called VARIETÉ  “a derivative of The Last Laugh”, it should be said that it was successful in a realistic setting, whilst The Last Laugh was a product of German “Innerlichkeit” (Introspection). AS

BLURAY RELEASE COURTESY OF EUREKA \ MASTERS OF CINEMA ON 23 JANUARY