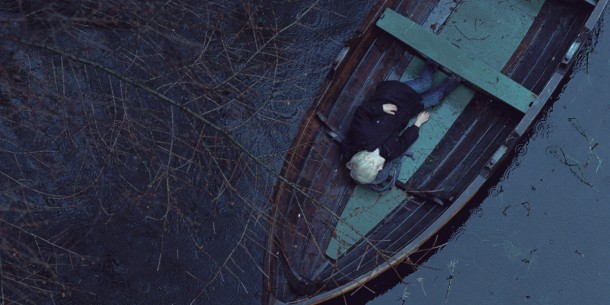 A young boy ventures into the forest in search of mysterious creatures that eat sheep, in this eerie Scandinavian Gothic fable that uses an unsettling score and an atmospheric sense of place to explore how most of our deepest fears and insecurities often stem from quite banal and explicable childhood experiences.

Jonas Matzow Gulbrandsen fantasy drama unfurls poetically in the remote forests of Norway. Aslak, struggling to connect with his mother, with no father or siblings around, spends most of his time alone alone as his mother has suffered some recent tragedy. Unable to understand or connect with the present, Aslak escapes into a world of fantasy in order to make some sense of his unstable family life and strange events going on in his neighbourhood. Livestock is being slaughtered, and while the local farmers suspect a wolf, Aslak’s fertile imagination goes into overdrive imagining werewolves and other folkloric happenings in the remote woodland surrounding his home in Norway.

Beautifully captured on the widescreen and in intimate close-up by the director’s brother Marius, Valley of Shadows links into Norwegian and European literary and artistic sources to show how kids often endow the explicable and even banal world of adults with a sense of fantasy or even horror, when seen from their own febrile, almost feral perspective. This exotic and rich emotional breeding ground of childhood imagination has given rise to a fabulous creative force resulting in fairytales based on folklore and nature and to deal and explain everyday feelings of loss, fear and bewilderment. And Gulbrandsen has used this fascinating childhood world as the idea for a fantasy drama.

Adam Ekeli is brilliant as the hyper intelligent and wildly suggestible young Aslak whose bewilderment and fertile imagination transform a simple wander through a misty Norwegian wood into a waking nightmare of  Gothic horror proportions. The film is exquisitely captured from his gently sensationalist point of view. Working as his own DoP Gulbrandsen collaborates with editor and scripter Clement Tuffreau to create a work of ethereal beauty with an extremely modest budget, and a very simple narrative enlivened by a score from Polish film composer Zbigniew Preisner, best known for his work with film director Krzysztof Kieślowski.

Jonas Matzow Gulbrandsen was born in Bjørkelangen, Norway, and he studied directing at the Polish National Film School in Lodz. He is the director of the shorts Darek (09) and Everything Will Be OK (11). Valley of the Shadows (17) is his debut feature film.