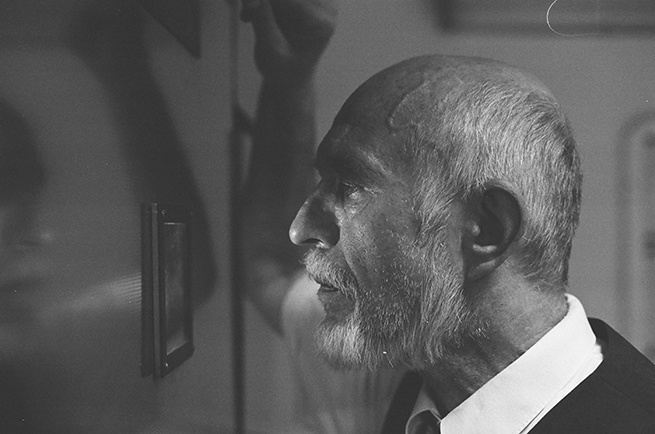 With 28 credits to his name since starting out in 2000, Marcin Koszałka is easily one of the most successful Polish cinematographers working today. Known within the industry for his interest in difficult subjects his full-length documentary revolves around the people who work at a funeral parlour at Kedzierzyn-Kozle and a body incineration centre in Czech Ostrava. The film shows what happens to human bodies after death and how the employees in these places go about their business inured to the macabre nature of their work. Koszałka’s illustrates how it is possible to become disaffected by death and dealing with the dead once we have become accustomed to it, now matter how grim. In a dispassionate and matter of fact treatment Koszałka shows how even the smell of the formaldehyde starts to become almost unnoticeable as the workers go about their daily business in the morgue.

Koszałka is known as a hands on filmmaker, often credited as writer and director, and at times editor. His meticulous attention to detail have made him a highly sought after collaborator working with Borys Lankosz on The Reverse (2009), Jacek Bromski on Entanglement (2011) and most recently with Michał Rosa on Happiness Of The World (2016). So far in his career most of his auteur work has been short and full length documentaries, all of which, to at least a certain extent, deal with the sad truths of life, and learning to live with them. His three shorts including Such A Nice Boy I Gave Birth To (2000) about his relationship with his parents as well as Till IT Hurts (2008) concern themselves with one of his recurring themes: the often irreparable damage that an upbringing can have on a person. His main subject however is death and its omnipresence within life, highlighted here in Declaration Of Immortality (2010) and User-Friendly Death (2007). His latest film The Red Spider which he directed, wrote, photographed and edited is also screening during Kinoteka 2017.