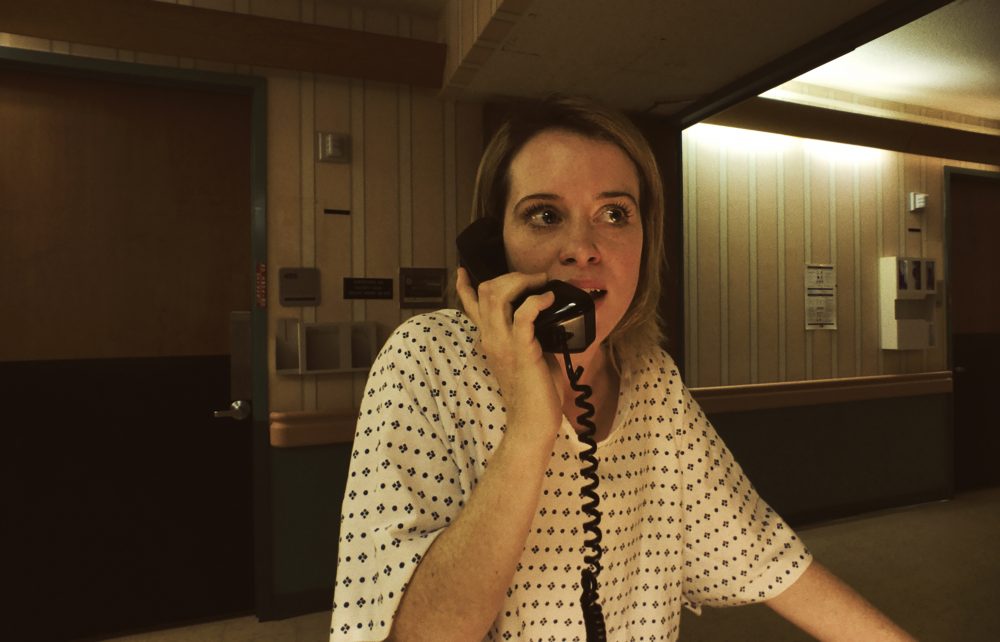 The expression ‘fact is stranger than fiction’ is a glib way of describing certain experiences in our increasingly bizarre world of today. But this unnerving twisty toe-clencher is exactly that. The times we live in are uncertain and strange, anything can happen and it invariably does. And Steven Soderbergh conflates the real and the unreal in his 2018 feature UNSANE, scripted by Jonathan Bernstein and James Greer..

Shot on an iPhone (but not so you’d notice) it stars Claire Foy as Sawyer Valentini an ostensibly straightforward career girl whose life becoming increasingly stressful when she is involuntarily confined to a mental institution, after seeking professional advice to avoid a stalker. Many may find this storyline outlandish but there are those who can attest to the manifold ways that stalkers and high-performing psychotics can gain access to remedies in law enabling them to slip through the net and continue menacing their victims, often incriminating them in the process. Pushed over the edge by PSD, Sawyer is forced into a twilight zone of the real and the imaginary when her stalker (Joshua Leonard) appears as a male nurse in the facility where she is now a patient.

This is a compelling and pacy thriller that grips and startles with its psychological meltdown. Soderbergh makes a convincing case for the stalker in creating an antiheroine who is often unsympathetic and as equally hard-edged as her sociopathic hunter who also exhibits traits that are plausible and even appealing, until the final reveal. Soderbergh punctuates the terror with plenty of dark humour and Jay Pharaoh is appealing as Sawyer’s close friend and ally. Juno Temple is the fly in the ointment, playing against her usual type as a trailer trashy fellow inmate. There’s a claustrophobic haunting quality to the iPhone’s gritty indie grittiness. A quick-witted film that keeps you guessing as it careens from panic to paranoia finally delivering a conclusion that satisfies and startles. MT.