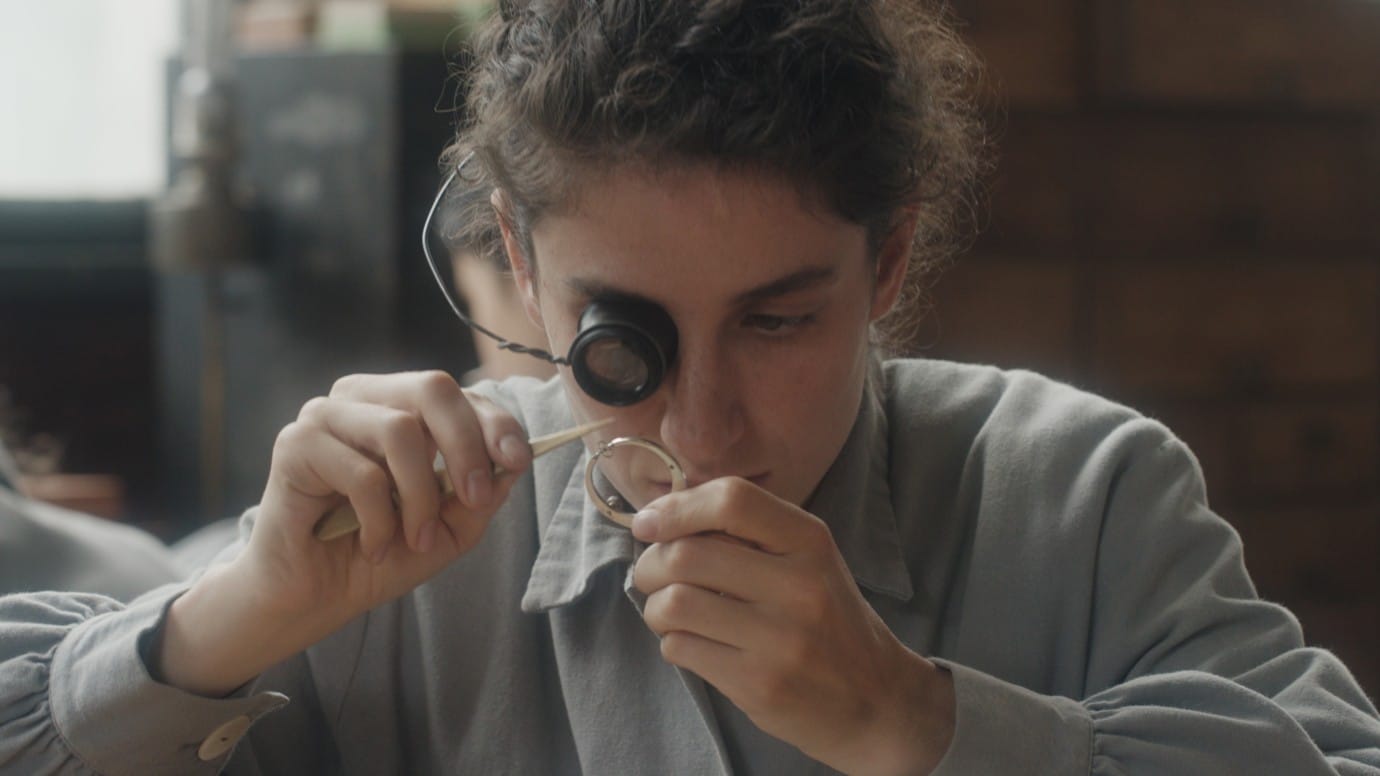 The minimalist elegance and precision of Swiss watchmaking embues this dour and distinctive drama from Cyril Schäublin who was inspired by the ideas of the revolutionary Russian political thinker and essayist Pyotr Kropotkin to look at how workers in a small leafy village in the Swiss Jura in 1877 are assembled and crushed by the larger industrial system that controls them, just like tiny components in the timepieces they painstakingly put together.

Coming from a family of watchmakers Schäublin understands the craft and the endless care that goes into each tiny mechanism. A watch is like a human body. Compact, precisely constructed and carefully calibrated to continue functioning for the rest of its life. There may be chaos all around, as the first rumblings of revolution make their way into this discreet and charming summer setting, but the watch must keep working. Time is of the essence. And time is set according to four different schemes: the watch factory timetable is eight minutes ahead of the municipal one, which is set by the local post office.

Pyotr Kropotkin, a cartographer from Russia,  arrives in the village to make sure the maps of the region carry their appropriate names. He is caught up in the undercurrent of subversion and this tension slowly builds but hardly breaks the serene summer ambience as the workers continue their methodic process, delicately and discretely voicing their concerns but aware that any change could seriously disrupt timekeeping, or the mechanisms themselves. And there are orders to deliver. They must clock in and clock out with gruelling regularity. The overloads and the police puts their cases and conditions forward sternly and formally but they are never aggressive or authoritarian. Social change is in the air but it is an egalitarian gentlemanly affair.

Schäublin directs with care and confidence capturing the time-honoured craft at the core of his narrative. 150 years after the Russian revolution the workers plight has not changed although now it has reached a mounting, pervasive, all-encompassing collective hysteria. MT