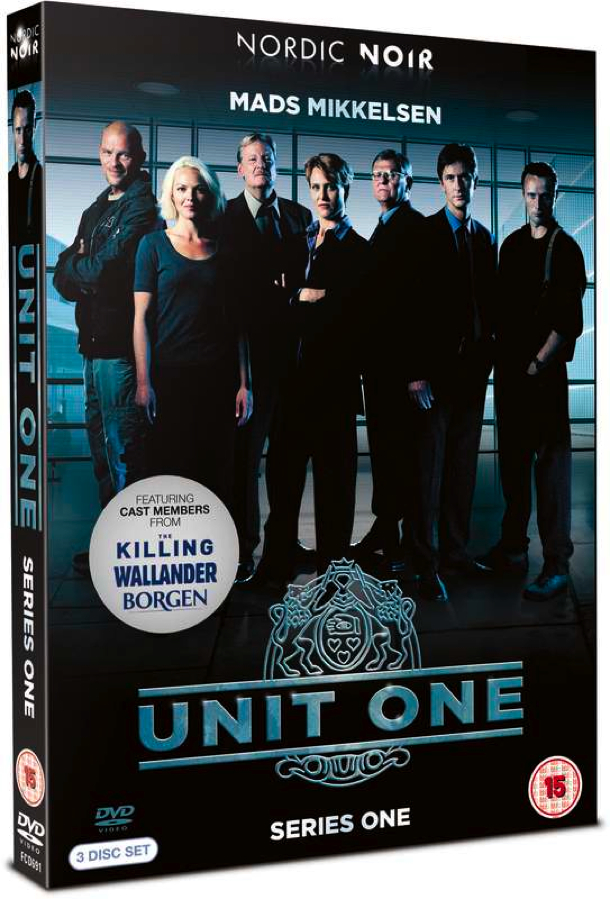 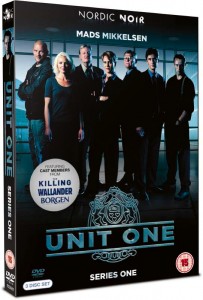 UNIT ONE is possibly the most hard-hitting of the Scandi-Noir TV series based on real-life crimes that have ravaged Denmark. Series Three is out on DVD as a box-set that could make the January blues more bearable. So pull up an Arne Jacobson chair, pour yourself a nice Aquavit chaser and settle in for the evening…

Featuring some of Denmark’s well-known actors Trine Pallesen (as foxy blond, Gaby Levin) and Soren Malling (A Hijacking), Charlotte Fich (Headhunter) plays Ingrid Dahl, the first female homicide boss who is on the warpath against sexism as well as a string of rather nasty murders not to mention comforting her female staff through miscarriage.  Mads Mikkelsen stars as Allan Fischer, a detective with a fine line in black leather and womanising but plausibly gritty in this contemporary series that’s intimate in feel but gets out and about in Denmark’s windy landscapes, historic centres (Kalundborg) and modernist architectural homes to giving it a uniquely Danish flavour.  Dahl could be Sarah Lund’s sister, she also has a listless marriage and a nerdy son.

Like a Volvo, Unit One has that calm, assured handling occasionally breaking out into a fast-moving thriller but always well-paced and underpinned with believable characterisations of the trusty ‘Elite Force’ as well as the psychopathic perps they pursue.  So if you like your crime dramas classy and watchable in the same mould as Wallander, Borgen and The Bridge then Unit One will appeal.  It’s not as slick as The Wire or Luther but this Emmy-Winner has class and breeding (it first came out in 2000) and that goes along way. MT