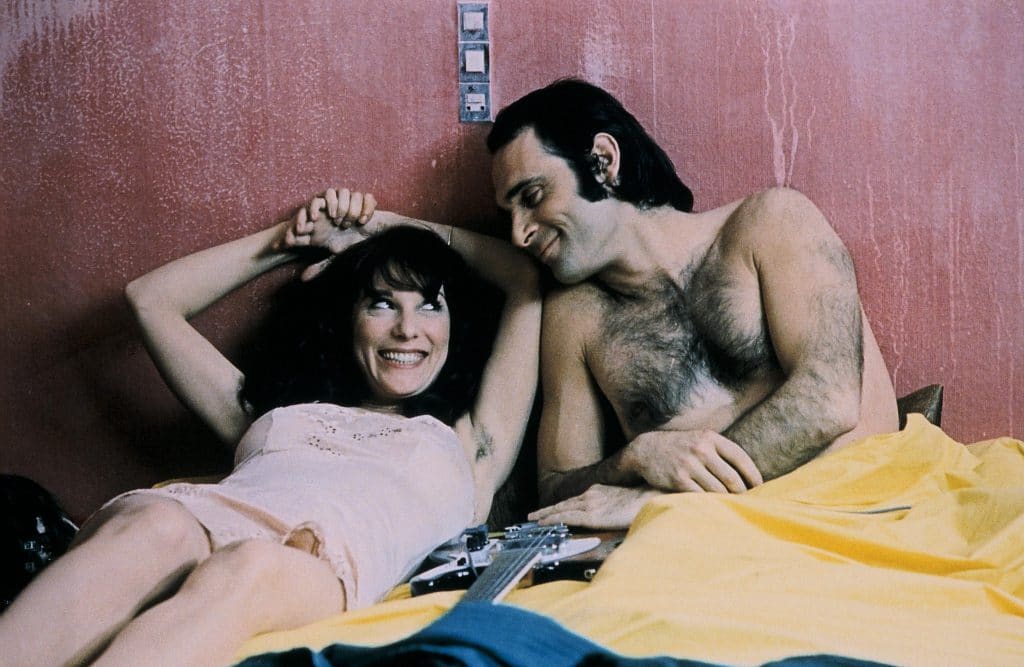 Francois Truffaut’s early death in 1984 came as a particularly grievous disappointment since it conclusively brought to an end the lingering hope that he had one more masterpiece still in him.

As early as Shoot the Pianist in 1960 he had perennially found inspiration in American pulp fiction, often centred on a ruthless femme fatale. One of the more obscure items in the the current season on the South Bank is this cheerfully amoral little anecdote reuniting Truffaut with the star of his acclaimed 1957 short Les Mistons, Bernadette Lafont (the first of several seductive hussies she played for the Nouvelle Vague) based on a novel by the author of ‘What Ever Happened to Baby Jane’.

The paucity of strong female protagonists has always blighted the current run of superhero movies, and if Hollywood had their wits about them instead of going to the trouble and expense of squandering millions on commissioning yet more of the same, remake rights to this or Henry Farrell’s original 1967 novel could be acquired for a song and almost unchanged would make a terrific Catwoman origins story.

All it would need is a new ending in which Our Heroine employs her wiles and her practised skills as a manipulator to persuade the prison psychiatrist examining her to just this once let her put on her old costume again, engineer her escape; and with her back at large a new franchise would be born!

But who would they find today to fill Ms Lafont’s ankle boots? @RichardChatten

SCREENING AS PART OF THE FRANCOIS TRUFFAUT SEASON at BFI Southbank, Edinburgh Filmhouse and Cine Lumiere to include BFI Distribution re-releases, BFI blu-rays, a selection on BFI player  | JAN-FEB 2022 |