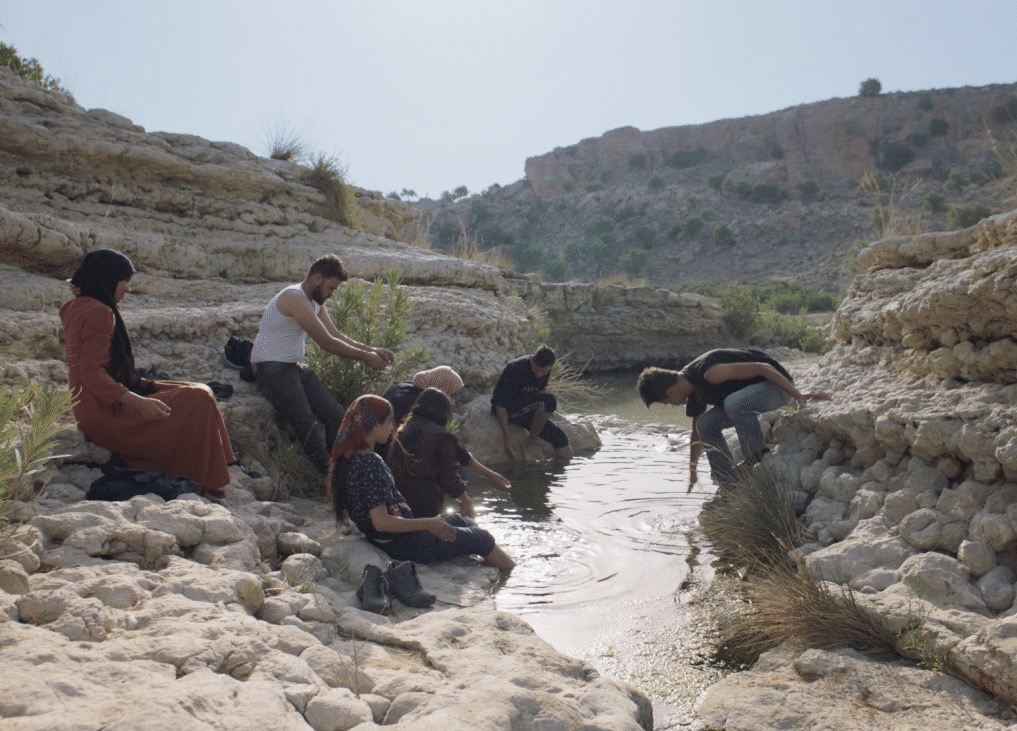 A first foray into drama for French Tunisian filmmaker Erige Sehri, whose journalistic experience served her well in her documentary debut Railway Men.

With its cast of mainly non-pros Under the Fig Trees is a pleasant discursive comedy of manners that plays out in the countryside location of a fig orchard where fruit pickers of all ages expound their personal animosities and gender conflicts in the languorous heat of a summer afternoon, the fig serving as a sexual metaphor for turbulent times ahead as an entire family struggles to interpret the past, present and future of Tunisia.

The director’s background in documentary filmmaking is always prevalent. During filming her focus is on personal dynamics and body language and she spends time with the female protagonists who are trying to find a way out of the past, symbolised by their parents (and the older co-workers), into a future that will offer them the chance to opt for a profession instead of just marriage. Their attitude towards love, as seen in their instagram pictures, is still very romantic, but they know they will have to work hard for a freedom their mothers, and the Leilas of this world, never had.

Ghaith is paying Leila (Leila Ouhebi) extra money for acting as his ‘eyes and ears’. It is no accident that Leila is one of the few older women who encourage the teenagers to behave and pray – something which falls on deaf ears. Ghaith, who is always asking his staff to follow his orders, is very lax in performing his own duties; but in the end, he is the man who pays at the end of the week, and this power gives him a free hand in doling out favours or pay cuts. Melek and her sister Fide are constantly at loggerheads, Melek is in love with Abdoul (Mrabti), who has been living in Monastir for the last years, where he and Melik were an item. But Abdoul has a much more serious matter to deal with: his uncle, who owns the orchard where they work. He has sent the bailiff to his family home, to collect money. And the main focus is their confrontation. More intriguing is the relationship between Sana (A. Fdhili) and her love for co-worker Firas (Ameni) who plays the field, metaphorically, with Sana trying in vain to come to terms with his emotional neglect.

DoP Frida Marzouk’s handheld camerawork is fluid and appealing with poetic images of the fruit-picking and surrounding countryside. Playing out as a series of contemplative episodes without any real dramatic arc Under the Fig Trees is interesting but ultimately less meaningful than it could have been in raising awareness of Tunisian society and its place in the world. AS