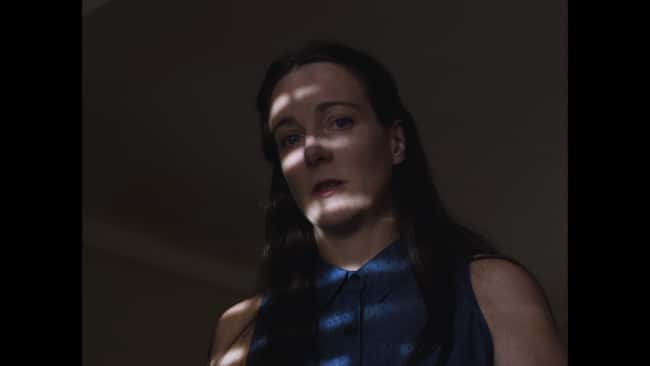 This slow-burning psychological thriller is a seething study in guilt wrapped around a mesmerising central performance from Elisa Carricajo as a lecturer whose life slowly unravels in the wake of tragedy. A Common Crime is the second feature from the Argentine director whose subtle approach calls to mind Lucrecia Martell’s The Headless Woman and Juan Antonio Bardem’s Muerte de un ciclista.

The drama is bookended by two scenes in a fair ground that capture the cataclysmic events Cecilia (Carricajo) has witnessed in a suburb of Buenos Aires where she lives with her son Juan (Pardo). We watch her enjoying a fairground attraction with friend Claudia (Rainero) and their boys. Later she has lunch at home with the housekeeper Nebe (Martinez), who turns a blind eye to her employer’s absent mindlessness with a motherly smile. Nebe also has son, Kevin, who is the focus of the tragedy. Meanwhile Cecilia is emerging a typical bluestocking who berates her pupils over their shoddy presentations, but relies heavily on those around her for practical help.

One rainy night Cecilia is woken by banging at her front door. She can make out the figure of Kevin in the darkness but for some reason decides not to let him in. Next morning brings tragic news from Nebe and Cecilia offers her a month off to gets her thoughts together. Cecilia clearly feels guilty, although she didn’t commit a crime as such. But the tragedy haunts and disorients her and she wanders around in a daze, unable to concentrate, even phoning her ex-husband by accident.

Juan picks up on her anxiety which strangely tunes up her compassion towards her students, who are all baffled by the change. Eventually she confesses her feelings of guilt to Nebe, but is unable to assuage the negative emotions. DoP Federico Lastra captures this claustrophobia in intimate close-ups of an imploding world where Cecilia slowly loses her mind and sense of self.  AS