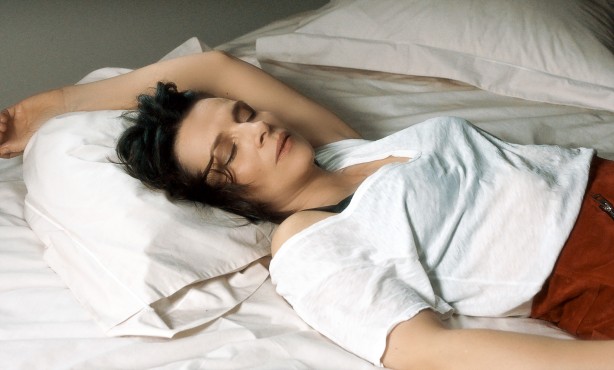 Claire Denis’ talents extend across the genres – her terrific comedy debut Un Beau Soleil Intérieur starring Juliette Binoche, Gérard Depardieu and Valéria Bruni-Tedeschi sees a trio of Parisians keen to find love the second, third (or possibly even) twentieth time around. Previously known as Des Lunettes Noires, a more edgy and intriguing title that conveys the romantic pleasures of the time discretely known as ‘un certain age’, this drôle and triumphantly upbeat satire will make you chuckle knowingly, rather than laugh out loud.

Binoche plays Isabelle, a recently divorced mother in her early fifties keen to rediscover the buzz of sex and lasting love again and all the other things that make ‘la vie du couple’ worth living, after the pressures of raising a family or struggling to build a life. Surrounded by a series of smucks – to put it politely – she feels that romance is already a thing of the past. Isabelle is ‘special’ in that mercurial way that becomes amusingly familiar as Denis’ insightfully intelligent narrative unfolds. She has reached a time when wisdom and experience enriches everyday life, but when it comes to love we are still often teenagers.

Isabelle welcomes the familiar routines of daily life, but so do the men she encounters, particularly one pompous banker (Xavier Beauvois) who is the ultimate control freak and useless in bed. But she falls in love all the same, due to her newfound ability to tolerate even the worst of what’s left men-wise. The banker is clearly unable to leave his wife, so Isabelle moves on to Sylvain (Paul Blain), a louche and sensual man she meets in a bar where they dance to they strains of “At Last’  – and of course you know this is just another dream. Then there is alcoholic actor (Nicolas Duvauchelle) who satisfies her sexually but is too fond of himself to far for anybody else. Isabelle is looking for chemistry but also someone from her ‘milieu’, but at this stage in the game most  available men are single for a reason: they are either geeks or deeply unattractive, but totally unaware of it. And ex-husband François (Laurent Grevill) still serves as a ‘friend with benefits’, occasionally popping back on the scene, although her daughter is only glimpsed briefly.

Apart from the acutely observed witty script, the emotional nuances of Binoche’s performances are what makes this so enjoyable. Un Beau Soleil never takes itself too seriously, and is a complete departure from her dramas such as Beau Travail and White Material, and is probably most like her 2002 outing Friday Night. And the final scene where she visits Gerard Depardieu’s psychic is such a perceptive interplay between clever dialogue and intuitive performances it’s a joy to behold. MT