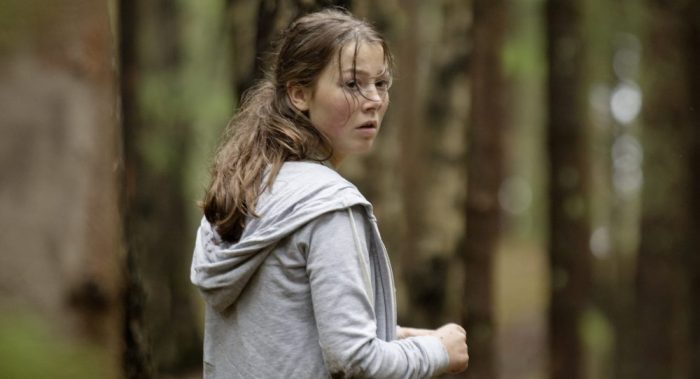 U 22 JULY seems a rather dismissive title for a film about the tragedy that killed 77 people, many of them teenagers, on the on the Norwegian island of Utøya on that fateful day in 2011. But if any director could tell the story with a sensitive way it is certainly Norwegian director Erik Poppe’s whose Oscar hopeful The King’s Choice made the shortlist to represent the country in the 89th Academy Awards. This docudrama vividly recreates the horror and the anguish without sensationalising the horrific events that turned a summer’s day into a living nightmare that went on for 72 minutes, and still continues to haunt the lives of an entire generation of Norwegian youth and those affected. Poppe’s approach is to focus on the victims who were in the midst of enjoying their holidays, but judiciously gives only a passing distant glance to the perpetrator, right-wing extremist Anders Briekvik.

Piecing together direct experiences and interviews with those present, his drama involves characters who are entirely fictitious, so as to spare the families further heartache. What results is  bodyblow of a film. Apart from showing a few bruises and bloody faces, the film focuses on the psychological effects of the onslaught that opens with the bombs exploding on the government buildings in Oslo and then relocates to the island, as the kids desperately flee for cover, huddling in groups in the thickly wooded shorelines. The camera follows teenager Kaya (Andrea Berntzen) who is sharing a tent with her younger sister Emilie (Elli Rhiannon Müller Osbourne). After being separated when gunfire opens, she then rushes through the island trying to find her sibling while giving comfort and support to her friends and along the way until the final desperate moments. Not an easy or particularly enjoyable film to watch in its one-note tone of unremiting tension, but a story well-crafted and atmospherically told – and one you won’t forget easily. MT