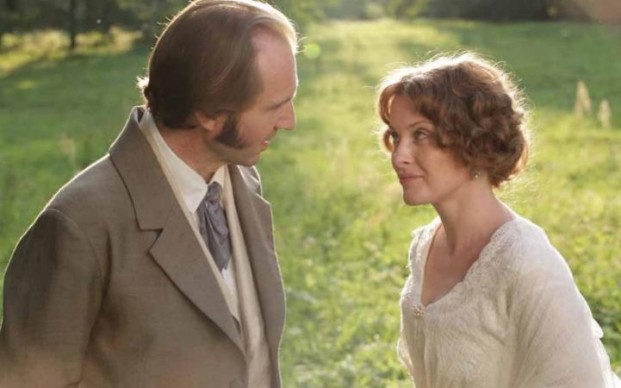 This lush-looking love story turns out to be a sterile and stuffy affair despite Ralph Fiennes’ ambitious attempt to learn Russian for his portrayal of a spurned suitor in Vera Glagoleva’s screen adaptation of Turgenev’s stage play A Month in The Country.

Turgenev, a close friend of Henry James, wrote the play during the final years of Tsarist Russia, when it was still considered risqué for its saucy subject matter rather than its politics. It didn’t reach the stage until 1872 due to the censors, but Glagoleva’s film version, shot in 2014, has failed to get off the ground for reasons that will gradually become apparent.

The role of Mikhail Rakitin also feels like a throwback to the 199os for Fiennes who has since evolved into a fascinating and versatile actor in A Bigger Splash, The Grand Budapest Hotel, Hail Caesar and In Bruges, but here the emotionally buttoned-down and rather winsome part has firmly clips his wings, and feels artificial.

Actress-turned-filmmaker Vera Glagoleva and her scripters Svetlana Grudovich and Olga Pogodina-Kuzima suggest we ‘imagine ourselves in the film’s characters, despite the 19th century setting’, but instead we feel alienated from them in this detached and often clichéd period drama which is a million miles away from Stephane Brizé’s highly successful recent attempt to pull this off in his recent screen adaptation of Guy de Maupassant’s Une Vie – A Woman’s Life .

Glagoleva casts Russian actors who are largely unknown on the international circuit so there is nothing familiar to engage us with the material – even Sergey Banevich’s original score feels flat and un-engaging. Fiennes’s role is also a minor one in a story majoring in women at different stages of their lives, who are feeling insecure for various reasons connected to their femininity, as this is all their have to identify them. There is Natalya (Anna Astrakhantseva) who is afraid of losing her looks despite her solid marriage to a rich landowner Arkady (Aleksandr Baluev). Flirting with family friend Fiennes, she secretly lusts after her son’s tutor, the much younger Alexei (a sultry Nikita Volkov). Her adopted daughter Vera (Anna Levanova), meanwhile also has her eye on Alexei. The weather cleverly charts their emotional ups and downs, although the play’s original humour is sadly lacking replaced by a rather foreboding tone that constantly threatens to bring bad news in this colourless and melodramatic treatment. MT