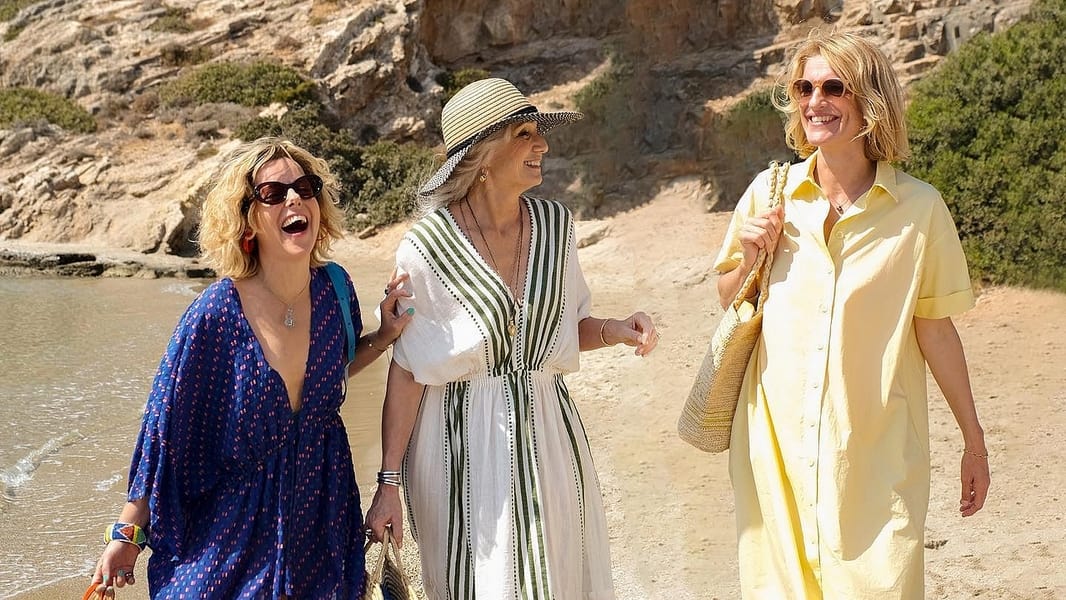 Laure Calamy turns her talents to comedy and Kristin Scott Thomas lets her hair down in Marc Fitoussi’s uplifting French drama that navigates the highs and lows of female cameraderie and lifelong friendship. With humour, insight and maturity Fitoussi shows you never really know someone ’til you go on holiday with them.

Blandine and Magalie were inseparable as naughty teenagers growing up in Paris and then went their separate ways. Meeting up again decades later their lives have changed completely: Blandine (Cote) is a downbeat divorcee and mother to Benjamin Desrousseaux), bubbly ’80s disco fan Magalie (Calamy) is freelancing in the music business, with free being the operative word for broke.

On a whim they decide to embark on a trip to the Greek Islands, but their conflicting personalities soon see them coming to blows, Magalie is feisty and flirts with the reality – and every man she meets, always seeing the glass half full; Blandine works with cancer patients but has lost her bedside manner where love is concerned.

The trip gets off to a bad start when the two get thrown off the ferry, Magalie having brought the wrong tickets, they are forced to bed down in cramped conditions on a barren island with a group of SAGA holidaymakers. The next day gets off to a promising start – for Magalie, at least – when they meet some hunky surfers, but any hope of romance soon hits the rocks, despite Magalie regaling all with her song and dance routine, and nightfall sees them back in the same bedroom together.

When they finally get to Mykonos, Magalie’s old friend Bijou (Kristen Scott Thomas rocking flowing grey tresses) it ready to welcome them into her Greek idyll with her artist  boyfriend (Koronis). This is where Blandine shines, bonding with breast-cancer sufferer Bijou who is anxiously awaiting the results of a recent biopsy.

Les Cyclades brims with tears, recriminations and laughter – and Calamy is genuinely hilarious, Cote complimenting her spunky confidence with a sober sensitivity. As a comedy duo they chanel the same comedy dynamic as Alison Steadman and Harriet Reynolds in the TV outing ‘Abigail’s Party’. Meanwhile Kristin Scott Thomas’ Bijou – straight out of the swinging sixties – provides a fun and stabilising influence as a successful woman grounded by the feel-good influence of love. MT