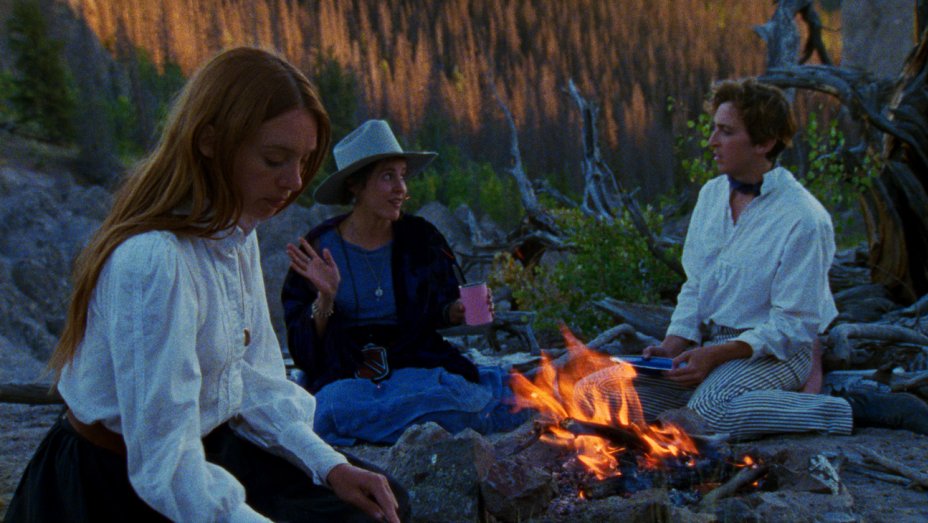 Lev Kalman and Whitney Horn’s “spa western” is a certainly a whimsical curio. A mannered yet inspired period piece it’s set in the Colorado desert in the late 1890s but has characters that are straight out of modern day Brooklyn and smoke dope and utter lines such as “Do you take American Express?”. Along with Laetitia Dosch, it also has the latest buzzworthy star of the indie circuit Benjamin Crotty – whose short film The Glorious Acceptance of Nicolas Chauvin won the Mantarraya prize at this year’s Locarno.

Lev Kalman and Whitney Horn rose to the public gaze with their debut title L for Leisure which is set 100 years later than Two Plains but seems to feature similar fey characters to this quirky drama which takes place over three days in September 1893, after the start of the so-called ‘Denver Depression’. The film also has the same look as Blazing Saddles, without the laughs or the raciness.

To it’s credit, Two Plains doesn’t take itself seriously. There are some rather odd production inconsistencies which are clearly intentional: the signage along the desert route is all freshly painted and the cast are squeaky clean from their rough ride in the dusty landscape and occasionally speak French, eat saucisson and brie for their lunch and have ridiculous names such as Ozanne Le Perrier (Laetitia Dosch with broad French accent), Alta Maria Sophronia (Marianna McClellan) and Milton Tingling (Benjamin Crotty). After a dip in the first spa waters they encounter, their lunchtime conversation focuses on the supernatural and John Atkinson and Talya Cooper’s Sci-Fi style score suggests an ominous, surreal presence in the locale.

But this never develops into a tangible strand in the oddball narrative and the group carry on in a their dilatory fashion in search of the next spa retreat, their bizarre prandial conversations starting to become more and more irritating: amongst other banal subjects they discuss first world concerns such as back-pain, and whether to conduct a séance – which they eventually do – clearly the writers are taking the Micky out of contemporary creative types. Sophronia leads the candlelit seance with a script that sounds more like a post-yoga meditation exercise than the real McCoy. But that’s all part of the ‘humour’. Two Plains & a Fancy is a jokey experiment of a comedy that will either have you dashing for the exit early or rolling in the aisles. MT