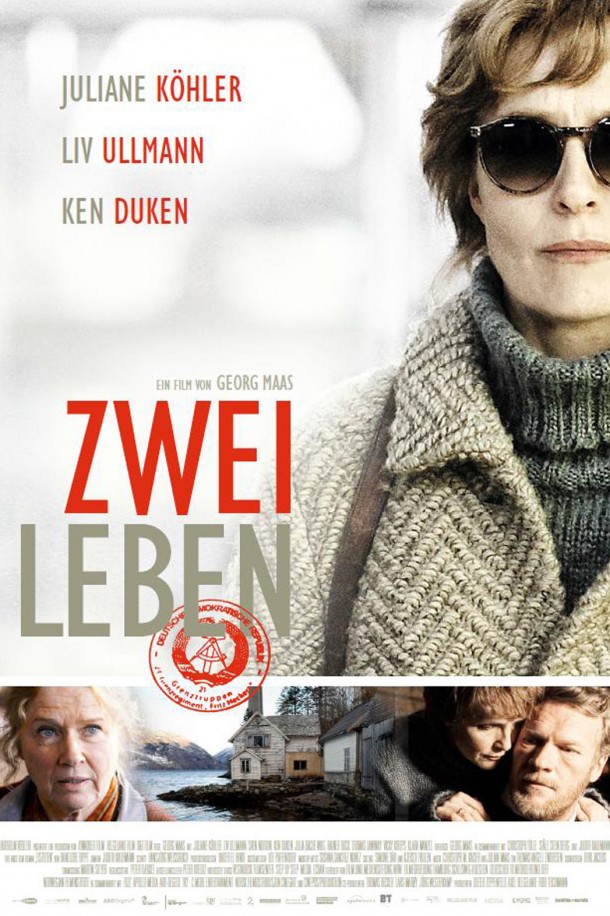 Georg Maas’s Two Lives is Germany’s foreign-language submission to the 2014 Oscars. Loosely based on the novel by Hannelore Hippe,  this well-crafted and sombre tale is set ten years after the fall of the Berlin Wall, but brings to light an important episode in German Second World War history for a Norwegian family.

Liv Ullmann and Julianne Koehler play  Norwegian mother Ase and her German national daughter Katrine, fathered by a German soldier serving in German-occupied Norway during the War.   The family’s whole identity is blown apart by revelations that emerge after the fall of the Berlin Wall directly relating to events that happened during the War and  forming of the Stasi Police in the new East Germany.   As a young girl, Katrine was transferred to Germany and raised in a children’s’ home, finally to be united with her mother in Norway after a gruelling escape as the War comes to an end.  After marrying a Norwegian Navy Captain Bjarte (Sven Nordin), she then has a daughter of her own  (Julia Bache-Wiig) and  also becomes a grandmother.

The film’s narrative structure reveals Katrine’s motivations as a decent woman with a double life, going from blond to brunette (as ‘Vera’) and travelling back and forth to Germany purportedly to see friends – although we know otherwise. And although this serves as interesting insight into her difficulties (and Koehler’s admirable acting talents), it has the effect of robbing the story of much of its dramatic punch, as we are ‘in the know’.  However, Bjarte believes she’s having an affair and is naturally aggrieved and suspicious, being ‘in the dark’.  But when a human rights lawyer working on reparations gets involved, the situation becomes painfully complex for all concerned, as the real facts start to emerge.

The final denouement redresses the balance slightly as the full shocking psychological effects ripple through the family, shown in grainy flashback footage on a handheld camera.  With its strong performances and richly stunning cinematography of the Norwegian coastline and rural locations in Westphalia, Bonn and Hamburg,  Two Lives is a classic War-related story and a sobering tribute to an important part of Norwegian/German history. Tightly-plotted and immersive throughout, it is accompanied by a suitably rousing score.  MT