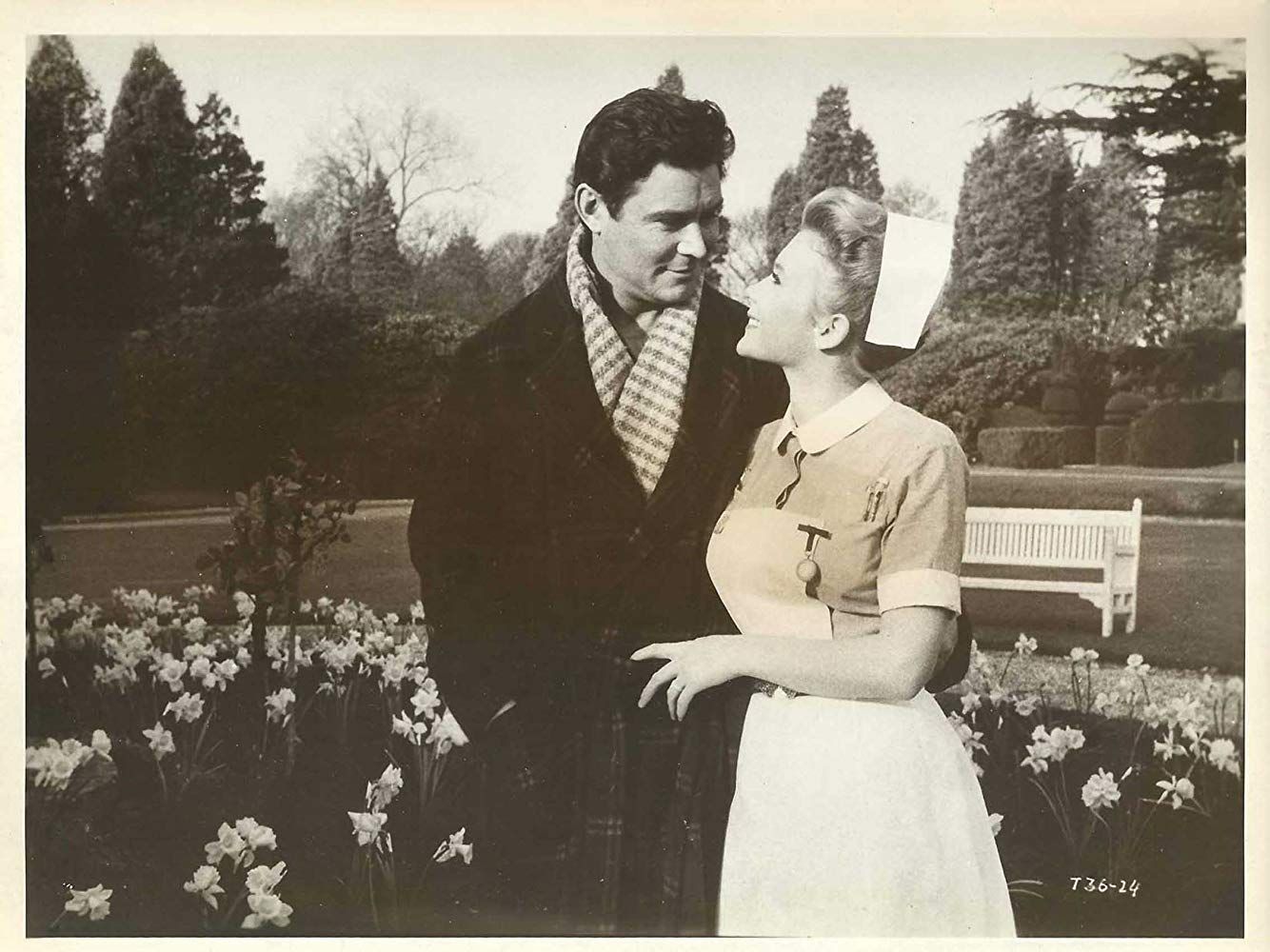 Carry On Nurse had been the top British moneymaker of 1959, but Twice Round the Daffodils is far from the “Carry On in all but name” it’s usually claimed to be – and was originally promoted as – despite the presence of Kenneth Williams who’s actually rather subdued here. The ‘naughty’ digressions with Jill Ireland clambering through a window in her drawers and Donald Sinden’s roving eye actually go jarringly against the grain of most of the rest of the film.

Based on a play called ‘Ring for Catty’ by Patrick Cargill (who had just appeared in Carry On Regardless) and Jack Beale, originally produced as Rest Hour in 1951. Producer Peter Rogers had owned it for several years and had wanted to film it when he was obliged to make Carry On Nurse instead’. It’s obvious from the opening credits accompanied by Bruce Montgomery’s soaring score, however, that this is a completely different kettle of fish more akin to the ‘Sanatorium’ episode of Trio (1950).

Taking its title from the fervently aimed for constitutional exercise of ‘twice round the daffodils’ indicating possible permanent release from the hospital confines, this is a film best appreciated after a spell of serious illness, or possibly even Covid isolation. When I recently spent two months in hospital, I often thought about this film, and how soul-destroyingly boring hospital life must have been without the iPad my sister supplied me with. Everybody in this film looks far too healthy, the interminable nights and the tedium and melancholy of the days is suggested only by Kenneth Williams’ desperation for a chess partner; and while going to the lavatory isn’t overlooked – and is here treated as a subject of mirth – it looms large in your calculations if you’re stuck in bed all day.

To return to the credit sequence, Amanda Reiss as Nurse Beamish (referred to only as ‘Dorothy’ in the cast list) is listed right at the bottom of the cast despite featuring prominently and touchingly throughout the film itself. Richard Chatten.

COMING UP ON TALKING PICTURES