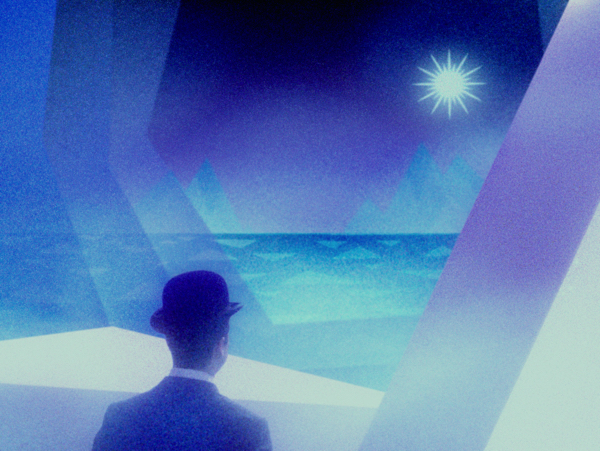 This first feature by Canadian writer/director Matthew Rankin tries to follow in the footsteps of his compatriot Guy Maddin – without his flair and quirky idiosyncratic style. Rankin’s ‘autobiography’ of Mackenzie King, who was Canada’s Prime Minister for 22 years between 1921 and 1948, is a mad-cap race with animation showing the politician as an arrant dilettante, in love with his mother and Doc Marten boots.

King (Beirne) is one of the candidates for the position as Prime Minister. Acid tests are conducted, among them butter churning, endurance tickling and baby seal clubbing. King ends up joint second, but his nemesis, the good-looking sunny-boy Bert Harper (Ahooja), will win outright. After talking to a TB-suffering girl and her rather masculine mother (Vegin) at an orphanage, King falls for the beautiful Ruby Elliot (St. Laurent), neglecting his own mother’s nurse Lapoint (Cormier), who he is the real love of his life.

An exploding cactus and many pairs of Doc Martens later Harper wins Ruby’s heart and the trio fights a battle to the death with some whales in the frozen waters of Canada, King surviving alone. Meanwhile, Ruby and Bert scarify their lives for Canada, ending up like pieces of meat on a skewer tied to a whale.

Shot completely within the confines of a studio, this absurdist drama is full of innovative ideas but lacks the glue to hold them all together. DoP Vincent Biron and the actors enjoy themselves, but the free rein given to them by Rankin makes the outcome look more like a shambolic school play. AS