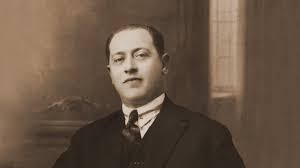 For many centuries Jews and their Greek Orthodox neighbours have co-existed peacefully in the picturesque Greek town of Kastoria, on a peninsula near the Albanian border. The two communities celebrated their Holy Days together, Christians visited the Jews for Passover, Jewish citizens celebrated Christmas with their friends. On Good Friday the Jews lit the fire for their friends, every Sabbath Christians returned the favour.

In October 1940 Italy invaded Greece from Albania, which they had occupied. But the Greeks fought back and soon half of Albania was in their hands. In April 1941 the Germans came to the aid of their Italian Allies, occupying Greece. But German troops soon left Kastoria, which was occupied by Italians who did not share the Germany’s racist racist stance. But eventually Italy capitulated in June 1943 and the Germans entered Kastoria on the night of March 23rd, and whilst black snow was falling from the ashes of Vesuvius, they captured all the Jewish pupils in the local Girl’s School and deported them two days later to a camp in Armintio, from where they were transported to Auschwitz. Only Maurice Rosso escaped but warned his Christian friends, not to help them: “Don’t hide us, they will kill you too”. Lena Elias Russo and her brother Beni Elias tell their stories in this  observational yet poignant portrait of survival.

Never cloying or sentimental, Treasures is a melancholic good-bye to an era of Greek multiculturalism, destroyed by the Nazi machine. The individual stories about the camps are heart-breaking, and beyond our comprehension. TREASURES pictures a microcosm of the greatest mass-murder in human history; the few survivors of this Greek tragedy scattered all over the world, having to re-built their lives, never being able to forget their families who perished, or the life they once had shared with them. AS