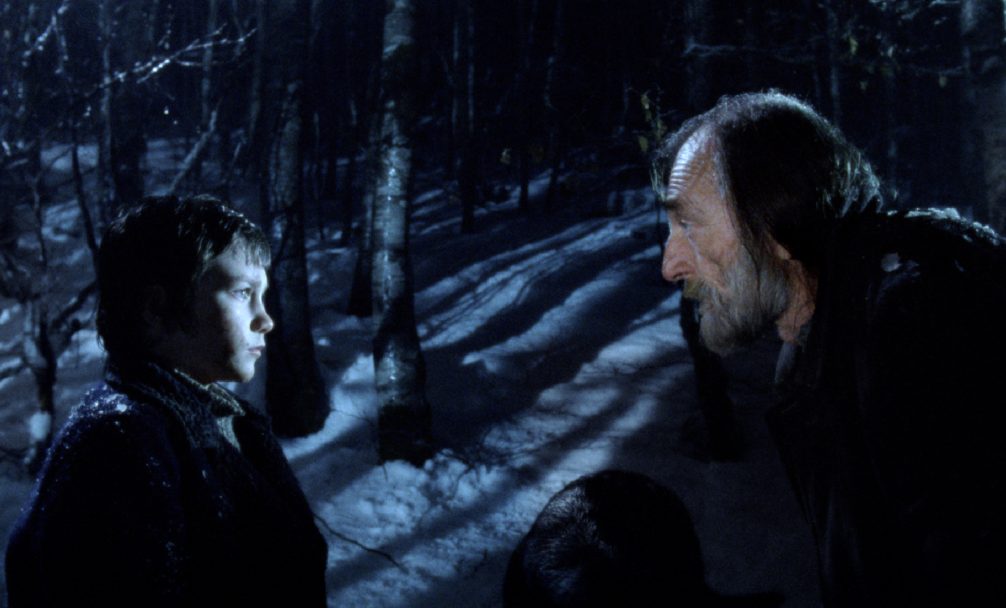 Admirers of slow cinema will delight in this beautifully crafted laborious drama from Portuguese auteur Andre Gil Mata. It follows an old man whose task is to collect water in war-torn Bosnia. At a snail’s pace, the old boy leaves his ramshackle hovel and painstakingly makes his way down to the river’s edge while doing his rounds collecting bottles from the houses he passes on the way. Accompanying him on this meticulous journey through swirling snow is his faithful canine. The sound of bombs and artillery sound in the distance, signalling some kind of conflict in this timeless, dark and gloomy setting. The tone is best described as Fadoesque. After nearly an hour he reaches the river where a boat awaits him as he gingerly sets off gliding gradually through the moonlight and mist. After a while, he sees a figure on the riverbank who then hurries off into the distance, and the man climbs ashore. It would be churlish to say that this feels like watching paint dry, but it certainly does. There are many who delight in this filmmaker’s fare which has echoes of Hungarian master Bela Tarr in its gentle rhythm and cadence. Some find it all mesmerising while others describe the experience as akin to “pulling teeth” or even “Chinese torture”.  In the right mood, it is certainly somnolent. The riverside figure who ran away later emerges as the man’s companion on his return journey, water bottles replete. And this languidly morose segment is regaled with unintelligible dialogue. Cineastes often conflate slow cinema with profundity, and this is certainly the case here.  The Tree will prove delightful for some, purgatory for others. You decide. MT