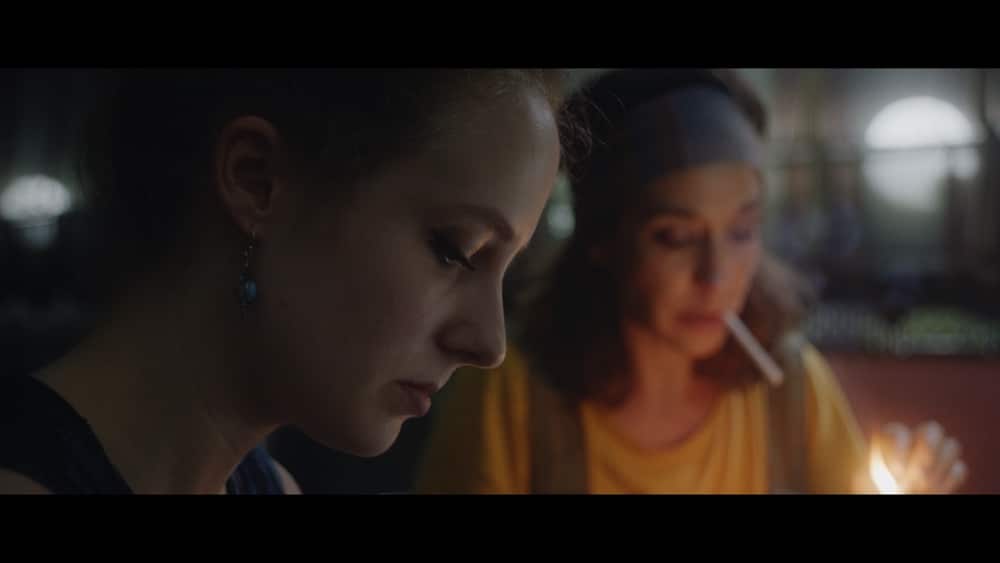 Hungary has lost the will to live according to Hajdu Szabolcs (The Gambler) who looks at the lives of a handful of disorientated Hungarians struggling to make sense of it all.

A subtle mix of nocturnal urban tales Treasure City pictures the dark side of sexual, political and romantic relationships. Dorottya (Wrochna) is accused by her female boss of lying and incompetence and begs for another chance. A row breaks out in a florists where Alma (Töth) and her daughter Johanna (Palfi) insults the female shop assistant with an unprovoked, racist attack, apologising profusely when the worker phones the police

In Treasure City one event connects to another in a post-covid metaphor exposing anger, frustration and inertia. Life is no worse than it was, in the 21st century there are just many more ways to complain about it all. And the pandemic has pushed everyone to the brink emotionally and physically, the gulf widening between native and foreigner, rich and poor, teen and parent. Even friendships have suffered as we are pushed into banal backwaters stifled of creativity, the window of freedom turned into a mirror focussing on our own inadequacies and shortcomings.

Essentially a series of twenty two interconnecting storylines Treasure City is really a metaphor for our post-covid world, exposing the anger, frustration and inertia.

DoP Banto Csaba uses magic realism to create a nightly universe of turmoil, misunderstandings and emotional frustration. Treasure City is very much a case of Bunuel meets Michael Haneke: not for everyone, but the committed will certainly enjoy themselves. AS