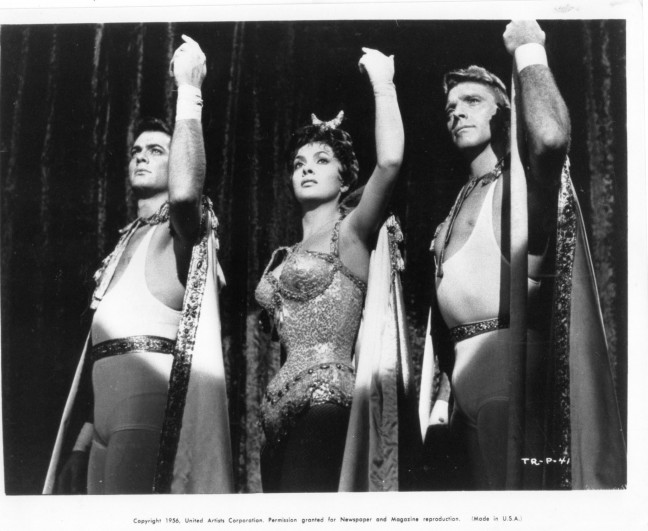 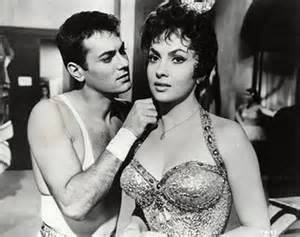 Based on the novel The Killing Frost by Max Catto, TRAPEZE is one of Carol Reed’s meeker films although the scene direction is highly sophisticated and saw his re-uniting with his DOP of The Third Man, Robert Krasker. The circus romance was very much pulp material to start with, and has aged quite badly, into the bargain.

Trapeze artist Mike Ribble (Lancaster), who was one of only six men who completed the triple Salto, has been crippled since a fall, and works at the Circus Bouglione in Paris as a tent rigger. Enter the young American Tino Orsini (Curtis), who tries to talk Ribble into teaching him to do the famous triple. After Ribble agrees, getting himself fit to be part of the act, the trampoline artist Lola (Lollobrigida) is pushed to join the trapeze act by the owner of the circus, even though she is not very talented. Lola seems to fall for Tino, but it turns out, that she really loves Mike. This leads to a split between Mike and Tino, which threatens the lives of the trio whilst they train for Tino to perform the triple.

Beautifully shot in the famous Cirque d’Hiver in Paris, TRAPEZE‘s storyline is pure Mills & Boon. When Lola tells Mike that she loves him, but does not want to hurt Tino’s Ego, it raises some involuntarily laughter. Improbability rules, and the acting – apart from Lancaster, who, as a former circus artist, did most of the stunts himself -, is rather over-the-top. That said, Gina Lollobrigida is seductive and skillful, stealing many of the scenes from her co-stars who were at the top of their game.  Whilst a success at the box office, TRAPEZE‘s artistic merits are sadly lacking: you would never guess that TRAPEZE and The Third Man shared the the same director. AS