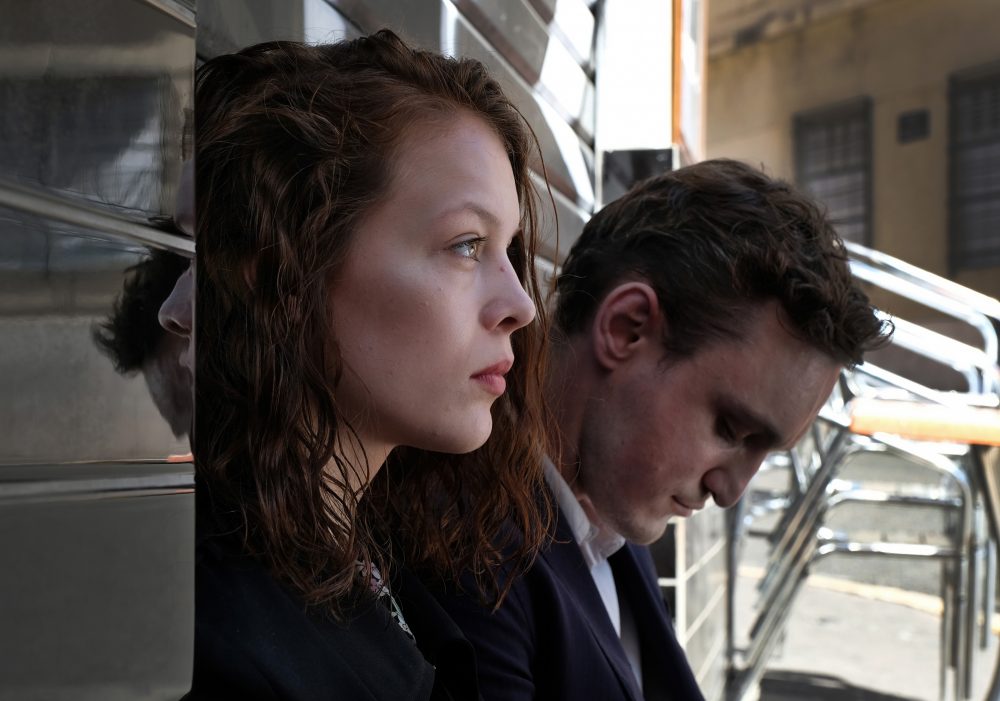 Christian Petzold’s tale of love during wartime captivates with a romantic allure that feels timeless yet very much rooted in the 1940s. Unlike his 2014 drama Phoenix, this is a more ephemeral film – a noirish mystery thriller with modern credentials that imagines a believable yet imaginary scenario: there are no guns or soldiers on parade and the costumes are ‘classic’: don’t expect a clear cut finale because TRANSIT captures the essence of transience: we’re never quite sure of what will happen next.

Franz Rogowski – Europe’s answer to Joaquin Phoenix – gives a charistmatic tour de force as German refugee Georg who is escaping the Nazis in Marseille with another escapee, a writer called Weidel who dies on route. Taking his papers, which include a manuscript and a letter from an Embassy assuring him a visa, Georg has secured an identity and an escape route – but his plans are soon to change when a mysterious woman crosses his path and the two become linked by a extraordinary twist of fate.

Petzold fleshes out his sinuous storyline with some convincing characters: there’s a conductor on his way to Caracas, a Jewish woman who is stuck with her employers’ two dogs and the enigmatic Marie (Petzold’s latest Paula Beer), who is searching for her husband. Georg becomes obsessed by Marie but cannot reveal the truth of is own identity which must remain a mystery to her. This intoxicating love affair thrives on this sense of enigma and shadowplay.

The starving wartime Europeans escaping their homelands for a new beginning feel very much like today’s refugees, looking for a stable existence in this saraband for lost souls, who may even just be fleeing from themselves in a time of uncertainty. Franz Rogowski (the interloper in Happy End) shares a potent onscreen chemistry with Paula Beer’s beguiling Marie. This is a moving, memorable and thematically rich addition to Christian Petzold’s war-themes tales: Phoenix; Barbara and Jerichow  . MT