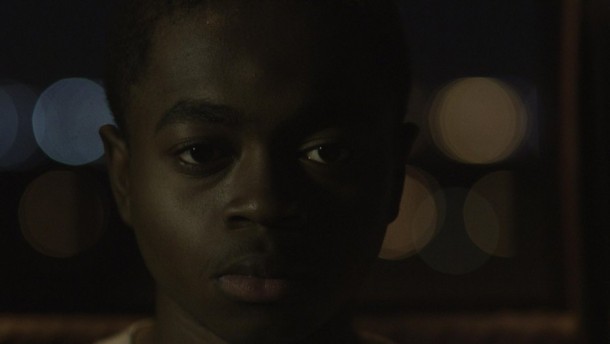 Although O’Shea splatters his downbeat narrative with numerous vampire tropes in this impressive first feature that takes place in the backwaters and beaches of New York’s Rockaway Boulevard, the horror element is lowkey and is most distinguished by the atmosphere of alienation and loneliness generating in a desolate urban milieu.

Grieving Milo lives a solitary existence with his brother Lewis (Aaron Clifton Moten) in a flat they once shared with their mother who appears, in flashbacks, to have commited suicide. Plagued by a crew of gangland heavies, who call him ‘the freak’ on account of his tiny stature, Milo strikes up a tentative friendship with a white girl called Sophie (Chloe Levine) who moves into his housing block but who we later see being abused by the gang in nearby grassy wasteland.

With his vacant stare, Milo strikes a melancholy figure tramping silently through the streets, clearly still traumatised by his mother’s death and withdrawing into himself while attempting to build an impenetrable poker-faced facade to the outside world. In his bedroom he watches youtube footage of animals being slaughtered and has also experimented with drinking the blood of solitary warefarers who approach him in the subway, although there is no rhyme or reason to these desultory and unprovoked attacks.

Although it feels as if Milo’s budding romantic relationship with Sophie is heading the same way as that of Tomas Alfredson’s Let the Right One, with roles reversed: the slightly older girl’s affection for him appears to act as a calmative influence on Milo and he soon backs off emotionally, freezing Sophie out of his life for her own salvation and ultimately his own tragic demise. THE TRANSFIGURATION eschews schlockiness to focus on building a potent sense of malevolent stillness ably assisted by a droning occasional electronic score composed by Margaret Chardiet. This is a promising debut from Michael O’Shea and his young cast but the dread of the enigmatic early scenes never really transmutes into anything meaningful. MT