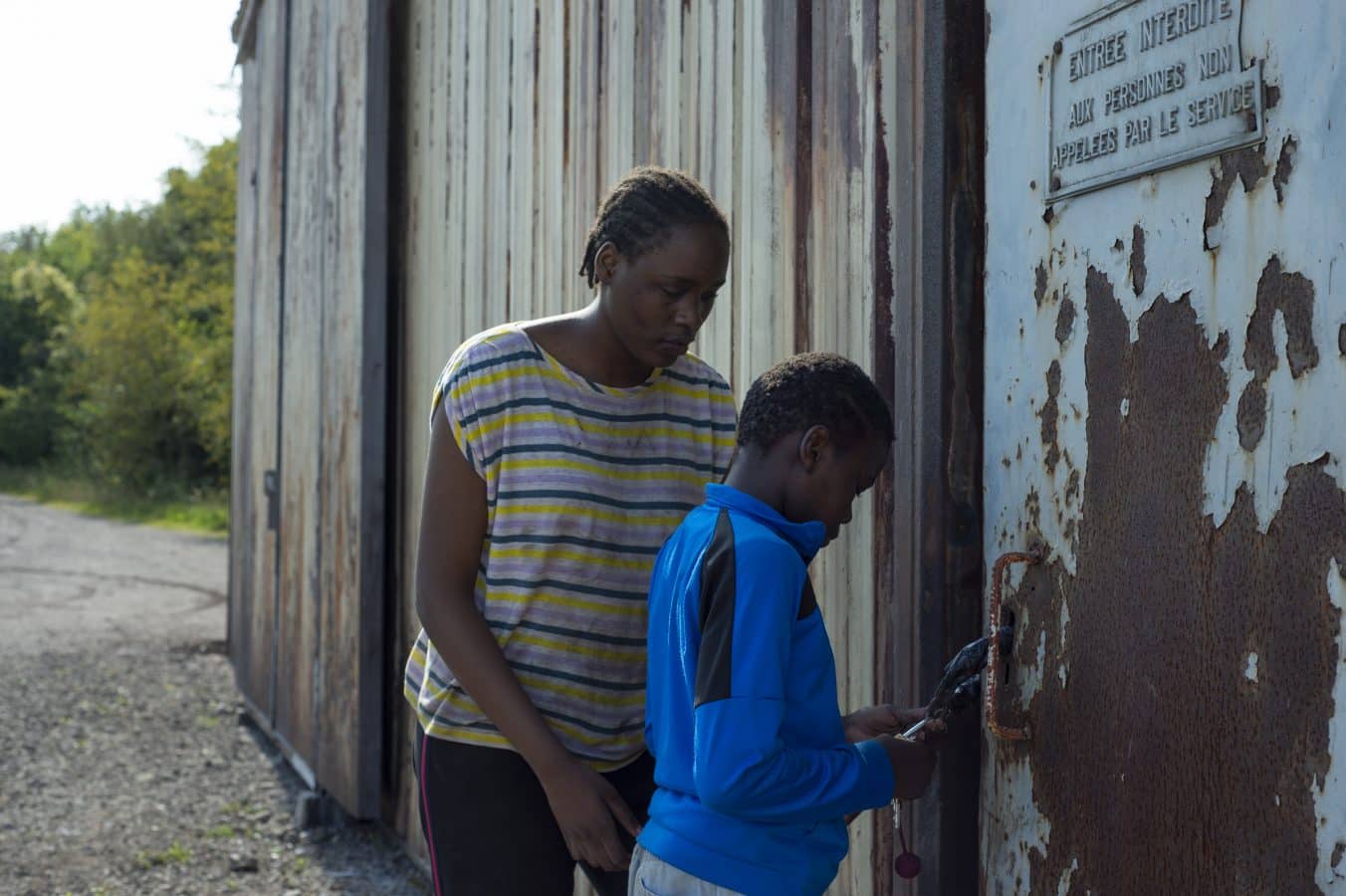 With Tori and Lokita Belgium writers, directors and producers Jean-Pierre and Luc Dardenne have found their way back to the brilliance of Rosetta and L’Enfant – both Palme d’Or winners – with their angriest feature yet. Winning the 75th Anniversary award in Cannes 2022 was also recognition of their continued commitment to shining a light on those at the outer margins of society in films that were neither sentimental soap operas nor Ken Loach-style agitprops: Tori and Lokita is a tragedy, a drama and a poetic love story of a different kind.

Back in the Dardennes’ old stamping ground of Liège and the industrial suburb of Seraing we first meet eleven year old Tori (Schils) and his sixteen-year old sister Lokita (Mbundu) during a committee hearing to establish her status as bona-fide emigrant. It later emerges the two are not related but met on the boat to Italy, Tori having been forced to leave Cameroon purportedly as the child of a sorcerer. So the two of them cooked up a story to increase their chances of getting refugee status for Lokita. But the authorities only grant Tori leave to remain, and Lokita is threatened with deportation.

The two are meanwhile under extreme pressure not only to provide financial assistance for the education of Lokita’s brothers back home in Cameroon, but also to take into account the restaurant Chef Betim (Ukaj) and the people smugglers Firmin (Zinga) and Justine (Quedrago) who got them into Belgium – at a steep price. Betim uses them in his drug trading activities, and when it becomes clear that Lorita will not get a resident visa, Betim promises to get her papers if she tends a hash plant for three months. Lokita agrees, even though Betim is sexually abusing her. Tori hatches a plan which will seem like a victory for the two of them, but turns into a tragedy of epic proportions.

DoP Benoit Dervaux’ handheld camera catches the full range of emotions etched across the faces of these two desperate people struggling to be accepted. Much the same as every visa system, the Belgium one is arbitrary, and laced with an undercurrent of xenophobia. Lokita is fiercely protective of Tori: she is his mother, sister, and companion: always encouraging him to go to school so that he can realise his ambitions. Lokita herself wants to become a home help, if granted refuge status. Somehow, the Italian song Tori picked up in Italy becomes ‘their song’, a theme tune Tori sings to cheer Lokita forward, through thick and thin. Their loving interdependency is the beating heart of this tender tragedy.

Tori and Lokita is a stark reminder for parents all over the world who may be ignorant of the dangers of people trafficking. The Dardenne brothers keep their distance, never judging the youngsters, always trying to see things from their perspective in a humane and passionate story of our times. AS