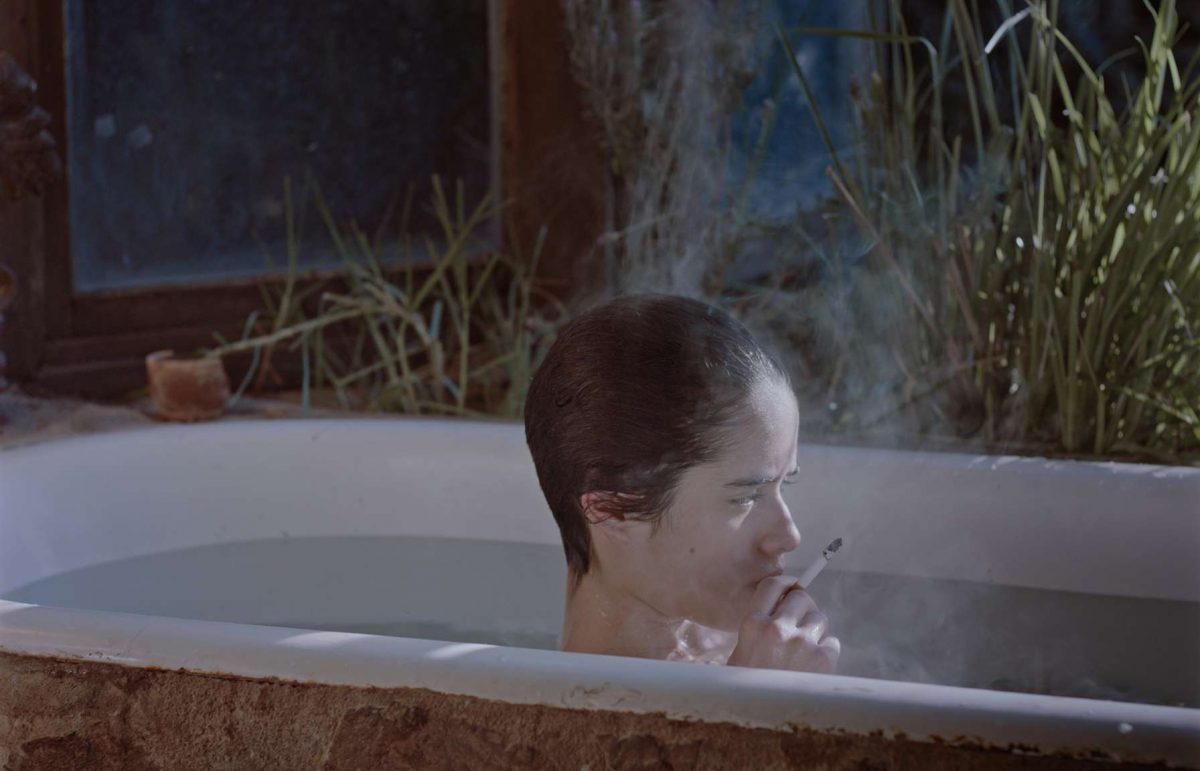 Chilean auteur Dominga Sotomayor follows her debut Thursday ’til Sunday with a freewheeling, semi-autobiographical cinema vérité story that soft-peddles through the winds of change expressed during a family New Year holiday on the cusp of Chile’s transition to democracy in 1990.

Themes of love, loss, belonging and owning are teased out through a lithe and loose-limbed interlude that takes place in the hills above Santiago where the outbreak of forest fires on the tinder dry landscape signal the death of the old and the ushering in of new forces for freedom that marked the nation’s break with Pinochet’s dictatorship.

But nothing could be less political than this woozy woodland reverie for teenagers Sofia and Lucas (16) and little Clara who now face fears of a more organic kind when their dog Frida suddenly disappears and their parents decide to part in the wake of the environmental tragedy.

Pictured in Inti Briones’ bleached out images the desiccated Summer landscape seem ready for some kind of regeneration and this gently embodied in Sotomayor clever writing and a select choice of musical hits that hark back to the era. Demian Hernandes makes her thoughtful debut as the musically-gifted and lovelorn Sofia leading a cast of mostly non-professional actors of all ages selected by the filmmaker and her casting director mother. Antonia Zegers (Elena) is the only well-known actress outside Chile.

If you’re looking for punchy plot lines, this female centric drama can at times feel a tad too enigmatic, and most of the characters, particulars the males, are suggested rather than fully developed. This sketchiness can be part of the film’s charm, providing you’re in the mood to surrender to the dreamy, bemusing complexities of young love and complicated relationships. The disappearance of the dog Frida/Cindy gives the film some direction and drama and also some of its wry humour as the outcome of this strand actually ends up being rather amusing. Delicately drawn, thoughtful and always perceptive, Sotomayor

Dominga Sotomayor made history by winning the Leopard for Best Director at the 71st Locarno Festival, making her the first female director to receive this award. She has that rare gift of lightness of touch, letting her drama take shape naturally marking her out as a real talent to watch out for. MT