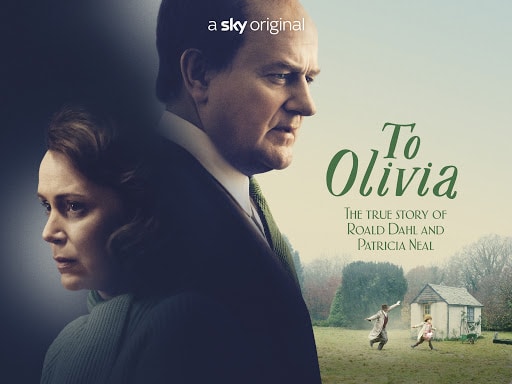 Roald Dahl (1916-90) was a celebrated English writer known for his children’s books and short stories with a deliciously subversive twist. But his life was also fraught with sadness as we discover in this lush Hollywood-style biopic – based on Stephen Michael Shearer’s biography, Patricia Neal: An Unquiet Life.

Downton Abbey’s Hugh Bonneville and Keeley Hawes star as the slightly wacky Dahl and his famous American actress wife Patricia Neal (Hawes is a dead ringer in the role which she pulls off with aplomb).

Unfolding in the glorious Buckinghamshire countryside where the Dahls raise their large family during the 1960s and 70s, the focus is the tragic death of their eldest daughter Olivia in 1962, although director John Hay and his co-writer David Logan also flesh out the author’s life and marriage to Patricia, a formidable talent in her own right, who had previously dated Ronald Reagan and Gary Cooper before meeting Dahl, the couple eventually divorcing in 1983. Neal (1926-2010) would go on to win an Oscar, for Hud, the year after her daughter’s death, and Sam Heughan makes for a pale rider as Paul Newman (who also stars alongside her in Hud), not holding a candle to the legend but there again who could?). The late Geoffrey Palmer also puts in an appearance (his swansong) as the reverend who tries to console the couple in their grief. It’s also got Conieth Hall (from Game of Thrones) as Hud’s director Marty Ritt.

Most kids sailed through measles (I remember lying in bed with the curtains drawn in broad daylight, and a painful rash) and Patricia was advised: “let the girls get measles, it will be good for them”, but Olivia was unlucky and died from the effects of encephalitis, due to complications. Dahl would become a pro-vax advocate after the tragedy.

Hay and Logan show how Olivia Twenty Dahl’s death at only 7 had a profound affect on the couple’s turbulent marriage, plunging them into grief but also resilience in their respective careers, they had to be strong for the rest of their young family. Finally recovering they went on to have two more children, Ophelia and Lucy, sisters for Theo and Tessa (mother of Sophie Dahl). MT

TO OLIVIA, a Sky Original Film, available on Sky Cinema and Now TV from 19 February 2021.