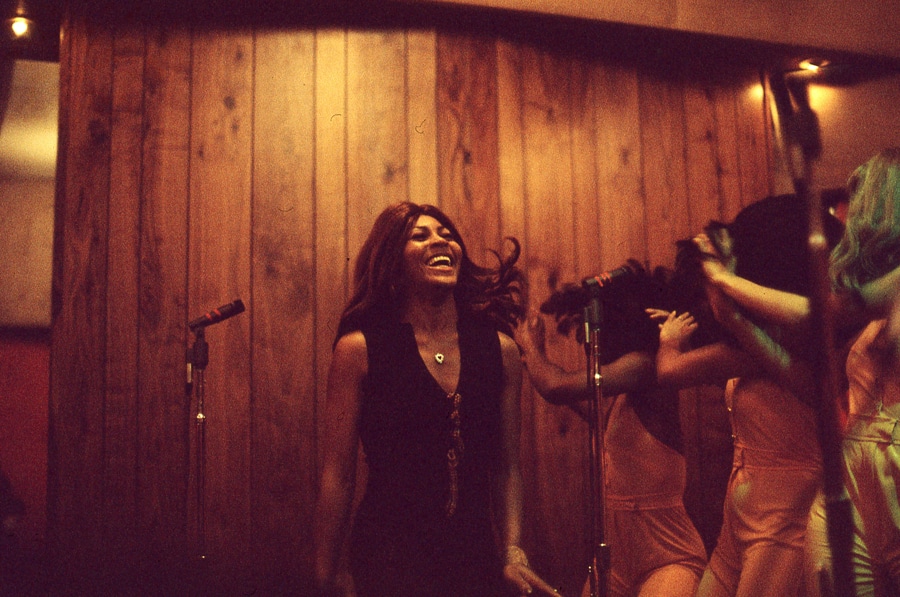 The most surprising quality about Tina Turner, according to Dan Lindsay and T J Martin’s revealing biopic about the superstar, is her sheer determination, given her crushing start in life. This new new film chronicles Turner’s early rise to fame, her personal and professional struggles and her musical renaissance in the early 1980s. There are snatches of her iconic stage moments, with the American singer’s performance of her dynamite R&B hit:- River Deep…Mountain High being the most notable. The hit marked a move away from her controlling partner Ike, thanks to producer Phil Spector.

And there are snatches of Rolling Down the River, Heartbreak Tonight and Simple the Best – but mostly the focus is on the singer herself, revisited via the original interview audio tapes as well as commentary from the famous celebrity journalist Carl Arrington, in conversation in her Swiss lakeside chateau. Kurt Loder (the Rolling Stone editor), Angela Bassett (who played her in What’s Love Got to Do With It ), Oprah Winfrey and playwright Katori Hall, who wrote the book for the musical, are the most informative talking heads in a film whose first half is, appropriately, still haunted by the shadow of Ike.

She was born in 1939 in Nutbush, Tennessee, the child of cotton farmers. Her parents fought endlessly and her mother hit back – a defiance that clearly gave Tina her get up go after the two eventually disappeared leaving her and her siblings with a cousin. They never came back.

And she speaks out about her turbulent life and marriage to Ike who beat her with coat hangers, even when she was pregnant, during those Motown years. She admits to being “insanely afraid of him” so much so she attempted suicide two or three times due to his womanising and cruelty, and she finally left him-  ironically on the 4th July – finding salvation in Buddhism which changed her life and set her free to be resilient and self-determining – not a victim  – during her fifty year career in music. She left her marriage to Ike with nothing but her ‘name’ which is now a brand. So she had to go back on the road to make some money.

The turning point came in the 1980s when she came into contact with the engaging Australian manager Roger Davies who asked her how she saw a new solo career. She told him she wanted to be “the first female roll’n’roll singer to fill a stadium”.

And so he sent her to Britain for a new chapter in her life, setting off with a song she at first detested ‘What’s Love Got to Do with It’, written by Manchester born Terry Britten (and originally recorded for Bucks Fizz) that became the breakout number in an album ‘Private Dancer’, that sold out in two weeks and went on to spawn 50 concerts. Tina was 50. At this point manager Kurt Loder suggested she author a book to ward off the tacky stories that still dogged her time before and after Ike. And they didn’t go away – although the book ‘I, Tina Turner’ became a bestseller.

Restyled and booted, Tina’s terrific body and gyrating hips – not to mention her dynamite vocal delivery – made her a stunning stage presence and the film captures this jubilant wave of female emancipation that lit up London’s Wembley Arena and everywhere else she played.

The final scenes are gilded with a blissful aura as Tina reveals the love in her life in the shape of German music pro Erwin Bach, whom she met in 1986 and married 27 years later. And it’s these golden moments that really shine in a biopic that quietly reflects on the past and joyfully celebrates the tremendous feminine force of nature that is Tina Turner. MT