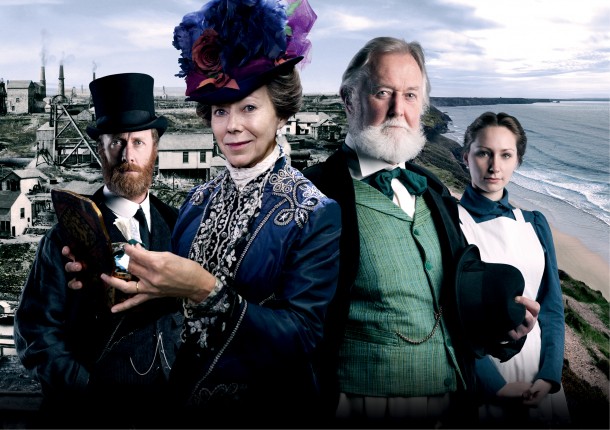 Those captivated by the recent BBC version of Poldark will be disappointed by this rather twee Edwardian tale directed by Bill Scott and adapted from a stage production. In a small Cornish mining village where the tin reserves have been exhausted, the local mine falls silent and the owner, East (Benjamin Luxon) and local community face poverty and ruin.

Jenny Agutter bravely leads a lacklustre cast as vivacious soprano and opera buff, Mrs Dawson, whose arrival in the village with her travelling troupe promises to liven things up, especially as East’s daughter (Helen Bendell) is a keen singer. Scott also focuses his drama on a local banking swindle, attempting to gain broad appeal with contemporary audiences. TIN has the feel of a stodgy made for TV production, with the odd humorous moment thrown in. He does his best with a micro-budget to produce something stylish with green-screen technology but this ends up feeling flat and unengaging. MT