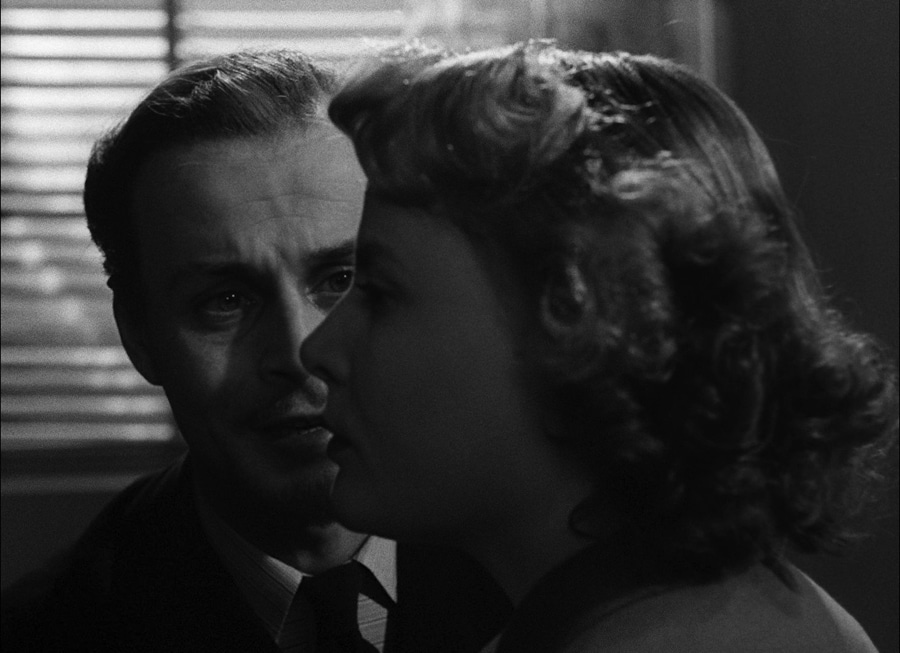 Based on a short story by Birgit Tengroth who also stars, Three Strange Loves (Torst) is Bergman’s final 1940s film and follows the break up of his second marriage. This relationship strife is echoed in the three-stranded storyline which unravels on a train ride (filming was actually in Hamburg) while energetically employing the same non linear narrative structure Bergman would later bring to triumphant fruition in Wild Strawberries – fluidly shifting throughout in time and place – but put to much less wistful use.

A failed ballerina Rut (Henning); a buttoned down professor (Malmsten) and a bickering couple (she chain smokes as they squabble) all returning to Stockholm in 1946 through a Europe still full of the displaced and disenfranchised;

Only his second film with his first great collaborator as cameraman, Gunnar Fischer, Bergman had a great fondness at this time for sliding his camera through walls, and the film is quite intoxicating to watch. Richard Chatten.

AVAILABLE on the Criterion Collection via AMAZON