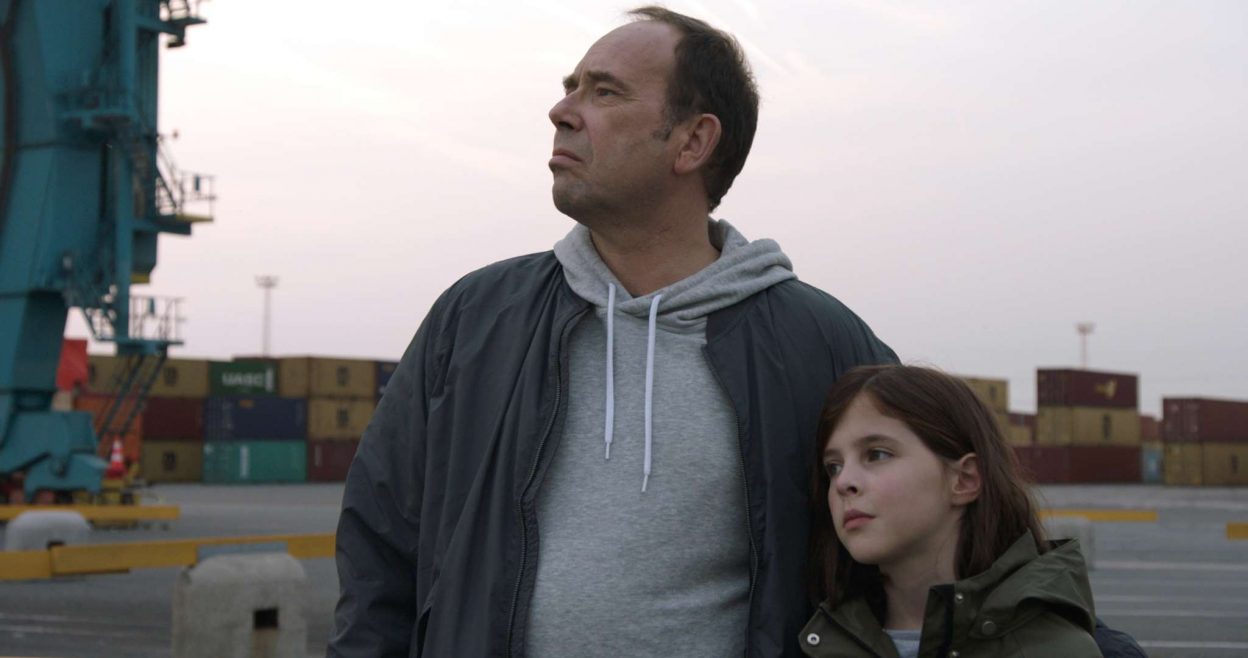 Premiering here at Locarno Film Festival, this hugely enjoyable and absorbing drama from Swiss director Antoine Russbach is uplifted by a compelling performance from Olivier Gourmet as Frank, a dedicated father of five who devotes his life to work in cargo shipping.

A strong narrative is the key to this modest parable and what starts as a potential hijack thriller in the style of Tobias Lindholm’s recent outing, soon develops into a richly thematic character study about a man’s tough decision during a crisis that loses him his job and potentially everything else he holds dear and eventually leads to some deep soul-searching. Deeply shaken, betrayed by a system to which he has given everything, Frank (Gourmet) finds his back against the wall but his tough upbringing and committed work ethic keeps him grounded in reality with a feelgood outcome that feels satisfying and rewarding in this world of political correctness.

In Frank’s world there are only two types of people: those who work to achieve a level of success so they can look after and provide for those who enjoy the benefits of the standard of living that he is able to provide. A risk-taker and a pragmatist who takes pride in the ability to deliver his company’s goods on time and with a healthy profit margin, Frank is a both a hero and an anti-hero, depending on which side of the fence you stand on this thorny issue. But to his credit, he is a self-made and self-reliant worker who has risen from an extremely modest rural background. He’s is also a calm and diligent father who always gives his kids time and consideration, particularly his youngest Mathilde (Adele Bochatay in a thoughtful debut). His wife is an understanding and devoted homemaker who cares for their comfortable house in the outskirts of Antwerp and the couple enjoy a happy marriage. Inadvertently, his kids have developed a sense of entitlement and have grown to expect the things their father can provide: the latest mobile phone and a luxurious swimming pool – but this is par for the course of today’s affluent society. And men are most fulfilled when they can are successful in their chosen careers and can provide for their family.

When the crew of his one of his container vessels inadvertently fails to spot a migrant on board, Frank is forced to make a decision in order to save his clients and his company considerable losses, and the delay of the cargo. In short, the shops will not get their goods in the time and the consumer will suffer with higher prices. The unwelcome interloper on board thought he was heading for Europe – not further afield – and has started to freak out on board, frightening to cause a mutiny amongst the sailors and disrupt the smooth running of the vessel with his suspected outbreak of Ebola virus. It’s a terrible dilemma and Frank deals with the crisis calmly and in a pragmatic way that nevertheless contravenes human rights and company guidelines. Although commercially he has saved the day, in the aftermath he becomes a scapegoat, falling from grace with his employers and his family. There follows a dark night of the soul, but Frank makes it through to the morning thanks to his steely resolve and a strong need to protect and look after his family. Antoine Russbach has made a supremely intelligent and powerful moral parable that deserves to be seen by all the family. MT