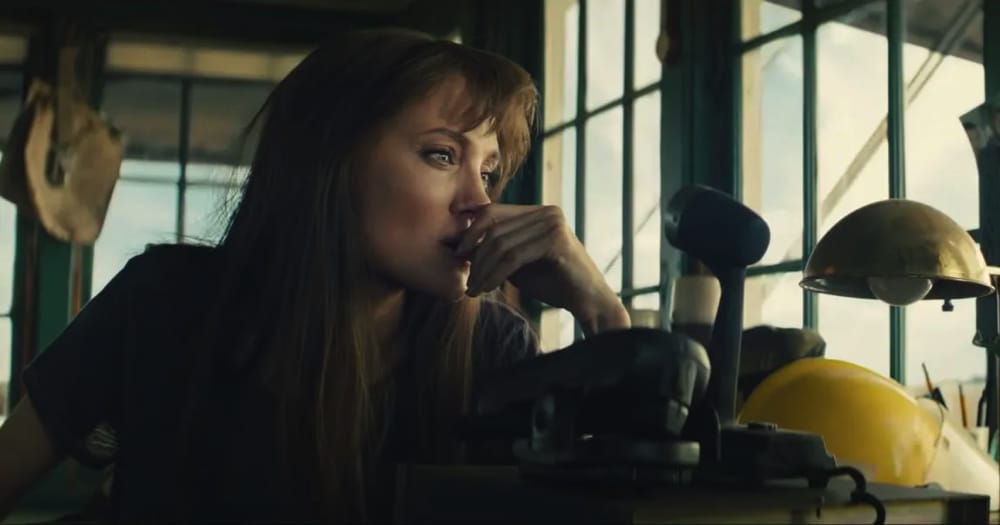 A flash and burn action thriller that really doesn’t set the night on fire despite a solid cast and a smouldering Angelina Jolie who plays a Montana firefighter recovering from one too many forest tragedies. And in the midst of this she rescues and befriends a traumatised orphan (Little) whose father (Webber) has been blown to bits in escaping an incendiary couple of cypher-like assassins (Gillen and Hoult) who kill people for reasons that never really makes sense – destroying swathes of bosky Montana countryside in some spectacular set pieces that will make nature-lovers and environmentalists weep.

Taylor Sheridan was heralded a promising new talent on the indie circuit with his spunky scripts for the lauded Hell or High Water and Sicario. Here he gets behind the camera sharing the virtue-signalling narrative in a group effort – and it shows – a big budget fails to paper over the cracks in the muddled, multi-stranded storyline takes a while to shape up, based on a book by Michael Koryta – who joins Charles Leavitt and Taylor in the writing department.

One thing it does have is two feisty female characters in the shape of Jolie (the more convincing of the two, taking over from Emily Blunt’s FBI agent in Sicario) and Medina Senghore who gets the cheesy option as a simpering pregnant sheriff’s wife whose gloves go on in the fraught finale. Between them they save the day amid endless mayhem – and that’s something to welcome in this otherwise rather forgettable pulpy production. MT